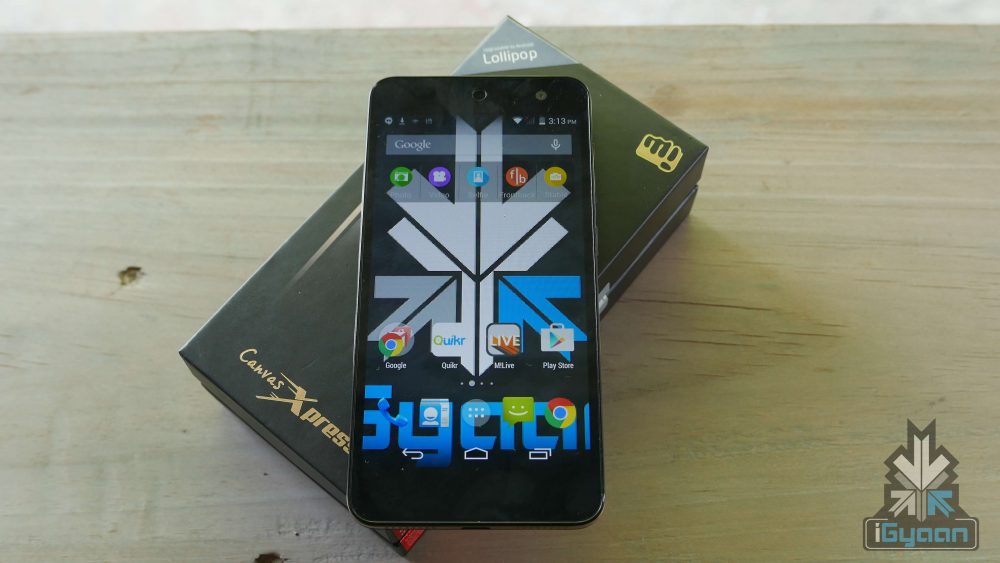 A few days back, iGyaan leaked the news about an upcoming budget smartphone by Micromax. We reported that the new device included a sleek gold and black design, Snapdragon 615, and a 13MP rear camera.

While we were wrong about the chipset, we got the rest of the details right. In an iGyaan Launchpad episode, iGyaan’s Founder, Bharat Nagpal sat down with Shubhajit Sen, CMO of Micromax to discuss the new Canvas Xpress 2.

In December 2014, Micromax launched Canvas Xpress to compete with Motorola’s bonafide hit, the Moto E. Today, the company has launched its successor, the Canvas Xpress 2, which feels more of a jab at Xiaomi, based on the specs and its jaw-dropping price tag of Rs. 5,999. The pricing is surprising because the Canvas Xpress was launched at a price of Rs. 6,999.

The phone is superior to its predecessor in all aspects – display, camera, processor, battery and pricing. The Canvas Xpress 2 has a 5-inch HD display with Corning Gorilla Glass 3, a huge improvement considering its predecessor had a 4.5 inch FWVGA(854×480) display. The phone has a 13MP rear and 2MP front camera, which is at par with what the Redmi 2 offers. Micromax also upgraded the processor by using a 1.4Ghz Octa-Core MediaTek 6592 processor. The phone offers 8GB of internal storage, which can be expanded upto 32GB, with 1GB of RAM. Micromax has made a huge improvement in the Canvas Xpress 2 by increasing the battery from 1,950 mAh to 2,500 mAh. The device comes with Android KitKat 4.4 and supports 2G and 3G network.

Although this latest offering by Micromax should attract buyers, it will be a tough sell because of the Redmi 2, which lags a bit in the display size and camera section, offers value-for-money at the same price of Rs.5,999.

Micromax will sell the Canvas Xpress 2 exclusively at Flipkart. The registrations will start today and the device will go on sale from 4th August. The company has also announced exclusive deals for Vodafone users.