Everything We Know About the Galaxy Note 5

by Nitya UppalAugust 13, 2015
7
Now Reading
Everything We Know About the Galaxy Note 5
Browse This Page A whole lot of information is already available about the Note 5, including hands on images that were made public a while back. The phone is getting its official launch today, and here is everything we know so far.

The smartphone is set to release at Samsung’s annual Unpacked event scheduled for 13th August, 8.30PM IST. The event is being held in Alice Tully Hall, Lincoln Centre New York. The company is expected to launch the Samsung S6 Edge+, Samsung Galaxy Note 5 and a surprise device. The back of the box gives us confirmed specifications of the device. The new Note 5 is packing a 5.7-inch Quad HD AMOLED display, a 16MP rear camera and a 5MP front camera with the same f1.9 aperture seen on the Galaxy 6 devices. The main camera will also have Optical Image Stabilisation (OIS) and a new dynamic HDR mode. Just like the Galaxy S6 and the S6 edge the handset will be 4G Enabled and will feature wireless charging technology. The Galaxy Note 5 will be powered by a 64-bit Octa-core Exynos processor paired with 4GB of LPDDR 4 RAM. Just like the Samsung Galaxy S6, the Note 5 will come in two variants – the regular and the dual-edge variant. It will have design elements borrowed from the S6 and the Note 4. It is also expected that the smartphone will come encased in Gorilla Glass 4, front and back. The glass will be complemented by a metal finish rim.

Available in a bunch of colours, the new Note 5 features rounded edges.  While the back of the smartphone is a glossy finish, the edges feature a matte metal alloy/aluminium finish.  Much like the previous iteration, the camera on the back is slightly protruding and is paired with the LED flash and a heart rate sensor. Samsung’s next gen Phablet goes in line with designs of the previous gen. mixed with some elements of their Galaxy S6 line.

At the bottom you have the microphone, along with a USB charging and data synching port, a headphone jack, and the new style S-pen.

While it will be unveiled tonight (13th August), it will be made available for purchase in India by end-August. Several reports online confirm that the smartphone will go up for preorder on 21st August (in select markets), and on sale soon after that. 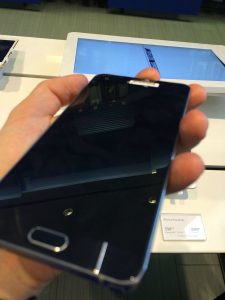 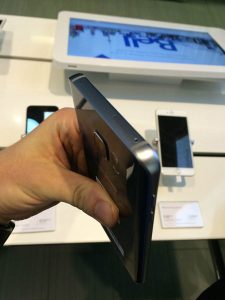 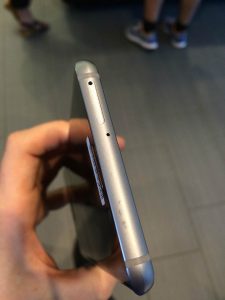 Inside sources have revealed that we should expect the Samsung Galaxy Note 5 to launch with a price tag of Rs. 59,900 at launch for the 32 GB. Last year, the Note 4 was launched in India at a whopping Rs. 61,500, and as expected the price fell soon after.

We will be getting official information tonight, Samsung’s annual Unpacked is being held in Alice Tully Hall, Lincoln Centre New York. You can watch the event live here. Stay tuned to iGyaan, as we bring you the latest.