by Sushant TalwarFebruary 3, 2016
9
Now Reading
iPhone 7 to Skip the Camera Hump and Antenna Band at the back
Browse This Page

Apple’s iPhone 7 isn’t expected to launch anytime before September but that does not mean we won’t get to know what it will be like before the launch date. In today’s dose of iPhone rumours, we bring to you news that will be music to most ears.

According to latest reports, the iPhone 7 body will appear very similar to the design scheme used for the iPhone 6 and 6s, but with two very notable exceptions. 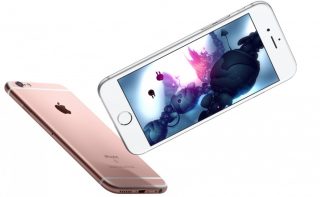 To start things off, Apple will do away with the slightly protruding camera module present on the iPhone 6 and 6s. On the iPhone 7, the camera is said to sit flush with the rear casing, enabled by a thinner camera module. Earlier we had reported that Apple was looking at new camera tech for what is expected to be a leaner iPhone 7.

The second change that this latest report talks of is the removal of antenna bands at the rear of the handset. Antenna bands along the sides would still be present on the new iPhone.

iPhone 7 is expected to come in two variants. The smaller iPhone 7 will come equipped with a 4.7 inch display, while the 7s will feature a beautiful 5.5 inch OLED diplay, with a full body speaker grill, and could even support Li-Fi. It is also expected to skip on the 3.5mm jack in favour of a system that will see audio accessories being connected to it via the lightning port.

Sushant Talwar
Newbie at iGyaan, Sushant is a gamer who loves his Fifa sessions with friends. For him Manchester United is a religion, and also he just can't have enough of Pearl Jam, and RHCP
You Might Also Like
AppleDesignLatestMobile
Read More