Leaked: Nokia 7 Plus Will Be The First Nokia Device With 18:9 Display

by Vipul VijFebruary 5, 2018
0
Now Reading
Leaked: Nokia 7 Plus Will Be The First Nokia Device With 18:9 Display
Browse This Page

A few days ago, news of the Nokia 7 Plus came about. At the beginning, it appeared that it would be an incremental upgrade to the Nokia 7. Apart from the Nokia 7 Plus, the company is expected to launch the Nokia 8 Sirocco Edition, Nokia 1 and a concept phone with a Penta-lens. 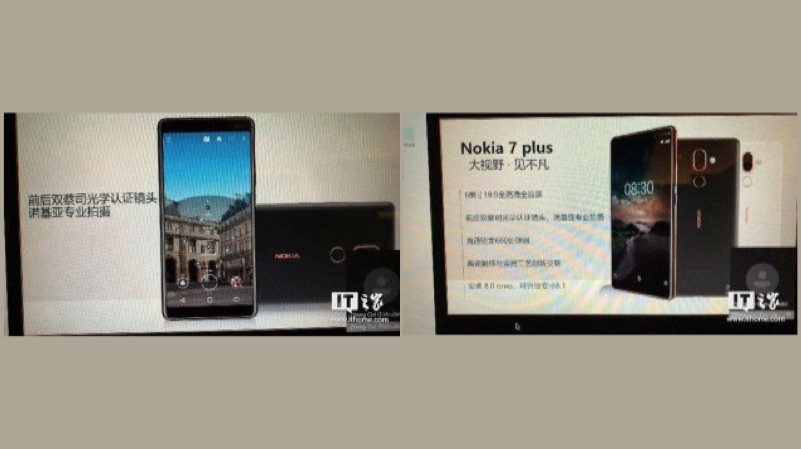 A new leak has revealed the design of the Nokia 7 Plus which is expected to be launched at MWC 2018. The Nokia 7 Plus might be the first device from the company to feature an 18:9 aspect ratio. The image also reveals a few key details about the camera on the Nokia 7 Plus. The camera will offer 2x zoom thanks to a wide-angle 12MP and telephoto 13MP lens. Similar to the Nokia 8, the device will also have the “Bothie” feature.

The Nokia 7 was launched barely three months ago. To expect a completely overhauled 7 Plus might be a bit foolish. Also, “Plus” variants launched after the regular variants usually just feature minor upgrades. The Nokia 7 plus will also feature a dual-tone design thanks to a few gilded bits and pieces like the fingerprint scanner ring, the dual-camera casing and the Nokia logo on the back.