Remember we posted the first images of the A85 back in June with an update of confirmed specs earlier this month. Now some official press shots of the device have come into play confirming the shape and specs of the device. The device will be finally called the A85 Superfone as indicated by the images.

The images also confirm the 5MP autofocus camera on the back of the device along, unfortunately there is no flash led. Back seems to be rubberized metal constructionn but we really cant comment on the device before we get a hands on.

Our Source had earlier given the following confirmed specs:

It appears that intelligent illumination will be within the camera and not using a flash led. Pricing speculation remains between 15500-18500 we still have no confirmed reports.
We are trying to get a hands on with the device, you can expect it soon. 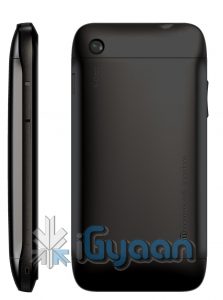 Bharat Nagpal
Founder and Chief Editor of iGyaan. Bharat likes to keep on top of technology ! Follow Him on Google Plus : Google+
You Might Also Like
AndroidiGyaanMobile
Read More