OnePlus 7 Pro: Unboxing and Hands On 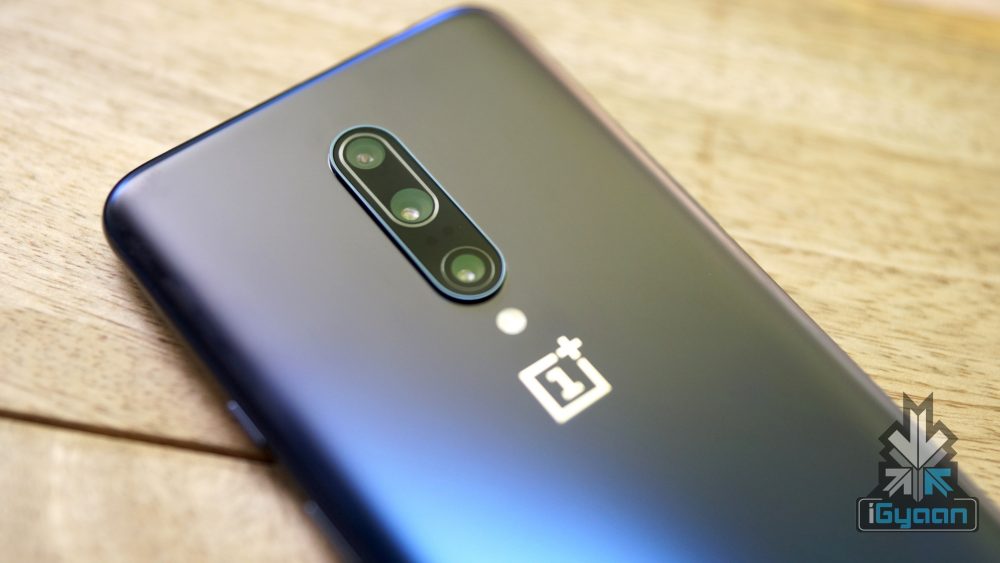 The highly anticipated OnePlus 7 Pro has finally been launched. It is the successor to the OnePlus 6T which was launched in the Q4 of 2018. The OnePlus 7 Pro has an all new design and significantly bumped up specifications. Here is our experience with the Unboxing and Hands-On of the newly launched flagship. The design of the OnePlus 7 Pro has been thoroughly revamped in comparison to its predecessor. The device measures 162.6×75.9×8.8 mm and tips the scale at 206 grams. It has a robust build with glass on both the front and back which is held together with a metal chassis. The front of the smartphone has negligible bezels on all sides with no obstructing notch in sight.

The OnePlus 7 Pro has a pop-up selfie camera which is similar to the one present on the Vivo V15 Pro. The rear of the handset has an attractive gradient coloured panel which houses the company branding and triple camera setup. The right side of the smartphone is occupied by the power button and the sound profile selector while its left side is occupied by the volume rockers. Disparate to its predecessor, the new device has SIM Card slot on the bottom. The OnePlus 7 Pro is fitted with a gorgeous 6.67 inch Fluid AMOLED display that tapers towards the sides. The display panel has a praiseworthy QHD+ resolution of 3120 x 1440 px and a pixel density of 516 ppi. Another notable feature of the display is it’s 90 Hz refresh rate which provides for an enhanced viewing experience.

Furthermore, the display of the smartphone is laminated with Gorilla Glass 5 which safeguards it against scratches and accidental drops. Like the OnePlus 6T, the new device also features an in-display fingerprint sensor along with support for face unlock and the conventional pattern lock.

One of the key highlighting features of the OnePlus 7 Pro is its chipset. The smartphone is kitted with the Snapdragon 855 SoC which is also present on devices including the Galaxy S10 lineup (US Variant) and the Xiaomi Black Shark 2. The chipset is manufactured using a 7 nm fabrication process which makes it highly power efficient in comparison to the Snapdragon 845 that the OnePlus 6T incorporates. The Snapdragon 855 consists of an Octa-Core Kryo CPU and the Adreno 640 GPU. The OnePlus 7 Pro is the world’s first smartphone to utilise the UFS 3.0 2 lane storage standard which has very high read and write speeds. It also packs high-speed LPDDR4X RAM which contributes to nimble performance. The smartphone is offered in three storage variants which are listed below:

Talking about the cameras on the OnePlus 7 Pro, it has a single front-facing selfie camera and triple rear facing cameras. The front camera is an f/2.0 aperture equipped 16 MP sensor that resides in the aforementioned pop up mechanism. OnePlust claims that the front camera elevator mechanism has been tested over 3,00,000 times and assures unaltered functionality for 5 years if it is used 150 times a day.

To further protect the elevating module, the mechanism can instantly retract itself when it is in freefall which is detected using the accelerometer and the gyroscope on the device. The triple rear camera setup of the OnePlus 7 Pro is vertically arranged in an elongated capsule-like module that slightly protrudes out of the back panel. The setup consists of an f/1.6 aperture equipped 48 Sony IMX586 sensor, an f/2.4 aperture equipped 8 MP telephoto sensor and an f/2.2 aperture equipped 16 MP ultra wide sensor that has a field of view (FOV) of 117°. The OnePlus 7 Pro is powered by a large 4,000 mAh battery that supports 30 W Warp Charge. The Warp Charge 30 was first introduced with the limited McLaren Edition of the OnePlus 6T. The smartphone runs on OxygenOS 9 which is built on top of the latest Android 9 Pie. It also packs dual Stereo speakers which are Dolby Atmos certified that deliver loud and clear audio output. To keep the temperatures of the device in check while running resource hungry tasks like games, the OnePlus 7 Pro has 10 layer Liquid Cooling System.

Connectivity options on the OnePlus 7 Pro include dual 4G LTE, Wi-Fi 802.11 a/b/g/n/ac, Bluetooth 5.0, NFC, GPS and bottom mounted USB Type C Port. It also has a whole host of sensors which include an Accelerometer, Gyroscope, Proximity sensor, Ambient Light Sensor, Electronic Compass and a Laser Sensor which is used by the rear camera setup. The OnePlus 7 Pro is available in three colour options which are listed below: The OnePlus 7 Pro is available in three storage variants for which the price is as follows: