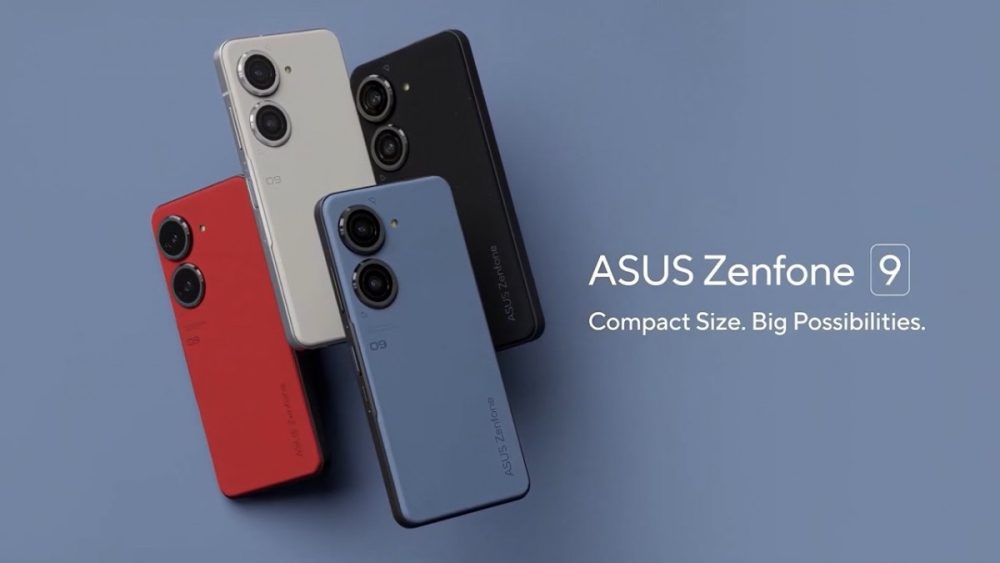 Asus has teased that the Zenfone 9 will be “Compact Size”, hinting at its size. Last year’s Zenfone 8 was a delight, compact and one-hand usable, like the android equivalent to the iPhone 13 mini. Unlike last year, Asus may not launch two phones, with the Zenfone 9 launching only as reports suggest.

Specifications of the Asus Zenfone 9 are yet to be confirmed. However, a leaked video from last week revealed a number of features and specs. Powering the Zenfone 9 will be Qualcomm’s Snapdragon 8+ Gen 1 processor. The display is a 5.9-inch AMOLED panel with a 120Hz refresh rate while the battery is a 4300 mAh unit with 65W fast charging support.

The two biggest talking points from the leak are the cameras and Zentouch. The Asus Zenfone 9 will use Sony’s 50-megapixel IMX766 sensor as the main shooter. Though the sensor is used by a lot of other smartphones, its Asus’ integration of a 6-axis hybrid gimbal stabilizer that makes it unique. Gimbals are mainly used to give increased stability to cameras. It will be interesting to see how it performs in the Zenfone 9.

The other big feature is what Asus has dubbed the Zentouch. It allows the power button (itself dubbed the Smart Key) to essentially work as a scroll wheel to slide up and down webpages. It has been ages since scroll wheels on phones went extinct, and this could be the best way to make a comeback. The power button also works as a fingerprint sensor.

Other features include a 3.5mm jack (always welcome), dual speakers, and an IP68 water resistance rating. Though prices for the Asus Zenfone 9 haven’t been revealed yet, a tipster suggested the Zenfone 9 could cost between EUR 800 (INR 64,700) and EUR 900 (INR 72,800. The leaked video also showed off the colour choices for the Zenfone 9, red, white, blue, and black. What do you think of the Zenfone 9? Would you be interested in buying it? Tell us in the comments below.