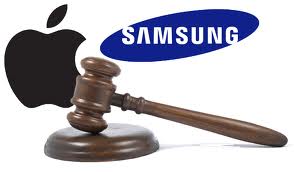 According to a partially redacted filing on Tuesday with a federal court in San Jose, California, Apple believes Samsung owes “substantial monetary damages” because the Korean company illegally “chose to compete by copying Apple.”

Apple said this allowed Samsung to overtake it as the world’s largest maker of smartphones, and reap “billions of dollars in profits” while costing Apple $500 million of profit.

It said Apple, in fact, should pay for the use of Samsung’s patented technology, “without which Apple could not have become a successful participant in the mobile telecommunications industry.”

Their dispute is part of a worldwide legal battle over the alleged theft of technology used in smartphones and tablets, including those powered by Google Inc’s Android, which Samsung uses in its most popular devices.

Apple Chief Executive Tim Cook and top Samsung executives last week participated in court-supervised mediation to try to resolve the case but a resolution appeared to be unlikely, people familiar with the matter said.