With really no reason as to why the company numbered this device A116 the Canvas HD was announced today at a press conference in New Delhi. The Device is a add on the the popular A series for Micromax and is also a lead on to the highly popular A110 Canvas 2. The Phone is priced at an MRP of 14,999., But we expect the device to be available for around the Rs. 12,000 price mark in India.

The Micromax A116 Canvas HD is powered by a Mediatek MT6589 chipset that has a quad core 1.2 GHz processor and PowerVR SGX5 GPU, the device is laden with 1 GB of RAM and 4 GB of storage. The front has a nice and vivid 16.7 Million color 5 inch IPS display with a resolution of 1280 x720 hence the Canvas HD moniker. The Micromax A116 Canvas HD is almost identical in design to the the A110 but seems a bit sleeker and more defined along the edges. The camera was non functional on the prototype unit that we handled, but the company says is better than the one on the A110. The Canvas HD also has an improved light perfonce in the front camera and an enhanced speaker if Micromax is to be believed. On the Benchmark front we found that the device was quite capable and was able to deliver a knocking performance (video soon).

Internet browsing was surprisingly smooth, and the web page was snappily laid out on the poor internet connection that we had. The phone is also backed by Mediatek’s promise of a highly efficient battery life and low heat generation. Which should ensure a good overall user experience for Micromax A116 Canvas HD owners. 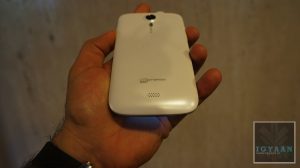 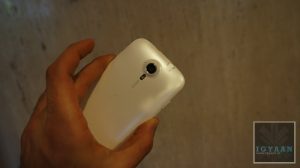 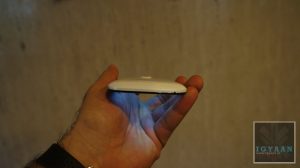 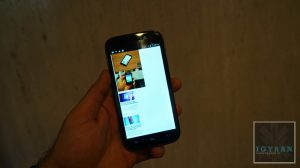 Watch our hands on Video below and stay tuned for Benchmarks. We will also come out with an unboxing and Review in the coming week.