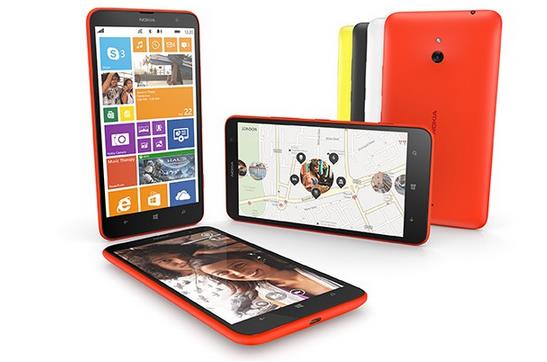 Nokia has announced the Lumia 1320, a new smartphone in the Lumia series along with the Lumia 1520 at the today’s launch in Abu Dhabi. Nokia also announced other device like the 2520 Windows tablet and the Asha Phones.

The Nokia Lumia 1320 features a 6 inch HD display with a resolution of 1280 x 720 pixels with Gorilla Glass 3 protection. The device is powered by powered by a 1.7 GHz dual-core processor and Qualcomm Snapdragon 400 chipse, the device runs on Windows Phone 8 OS. Lumia 1320 sports a 5 MP camera with LED flash and a VGA front camera.

The device is packed with a 3400 mAh battery which is same as its big brother Lumia 1520. The device has an internal storage of 8 GB which is expandable via micro SD and is coupled with a 1 GB of RAM. The phone is available in black, white, red and yellow color and is priced at 339 USD. The device will be available early 2014.

Specification of the Lumia 1320: