The Pepsi IPL 2014 flagged off in Abu Dhabi with a grand ceremony.  It had everything worthy of a typical flashy IPL event – beautiful fireworks, Sunil Gavaskar delivering a passionate speech against corruption in cricket (ahem ahem), and of course, performances by Shah Rukh Khan and Deepika Padukone providing some Bollywood masala. Since most of the matches are being played abroad, this season the level of excitement in India has been comparatively low. But as the tournament progresses, slowly and steadily everyone is bound to catch a slight IPL fever.

There is no dearth of cricket applications online, infact the myriad of choices available are overwhelming. However, upon closer inspection we found most were copies of each other. Hence we decided to scour through the options and list out a few you must download:

Divided By Teams, United By Cricinfo

For every fan of the sport, the first one to download is The ESPNCricinfo Cricket App. This useful application gives you all the information you need to stay on top of the game. Some of the useful tabs include match schedules, results, points, latest news, graphs, player profiles, videos, team member descriptions and general team information.  It’s a one-stop app for all sorts of cricket requirements. The most handy feature would be the option of live game coverage with ball by ball commentary. Its glossary section gives in-depth description about each of the players, which includes the matches they’ve won in the past, and their personal score of number of runs and wickets. If you want to keep up with the happenings of the IPL, this app is the simplest way to go to.

You Win Some, You Lose Some From day one, IPL has been more about the drama and excitement than about enjoying a true game of cricket. So it isn’t surprising that every season we feel the keen pain of being deprived of the thrill of some harmless betting. Maybe it’s a fruitless attempt to keep the IPL clean, but recently there has been a surge in the number of legal betting websites and apps. They use points or virtual money to attract gamblers.  The Big Toss: Cricket app is the one we’d place our bet on. Upon registering, you are awarded 1000 karma points, and a further 100 for every team you select as a favourite. What we liked best about it was that you can “virtually” bet on anything – from who the winner might be or the expected number of runs taken in the first over. You’re then on your own to maintain your karma points.  Also, go ahead and have a look at the forum created for news. The Big Toss links you to articles written all over the world. Cricinfo, Pakistan Observer, Deccan Herald and many more are listed under the same forum.

East or West, IPL is the Best? 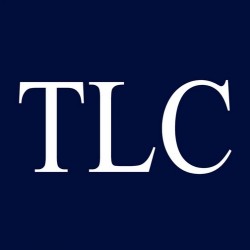 And the award for the strangest IPL app goes to ‘The Loudest Cheer’. Blogmint launched this app in an attempt to make the Indian audience feel closer to those matches taking place in foreign countries. Its basic function is to help the audience cheer every time their favourite team scores. Audio cheers are available under the following categories – Ace Catch, Great Shot, Great Run, Ace 4, Ultra 6 and Big Wicket.  The app also allows users to create their audio or video cheer that will be showcased on digital channels such as YouTube. By numbering up on cheers, participants can win prizes.

Anticipating interest this season, most of the teams have launched their official apps just in time. If you’re an avid fan of a specific team or player then these apps are made for you. Using the Kolkatta Knight Riders one as an example: you can use it to set up alerts solely for KKR matches and track their team activity. Furthermore, you can even customize it to follow one single (knight) player. The feature we’d vouch for, is the tab that integrates their different social media feeds, combing twitter and facebook updates and bringing them to one single portal.

likethis
What's your reaction?
Awesome
0%
Epic
0%
Like
100%
I Want This
0%
Meh
0%
Posted In
Apps and Software, Entertainment, iG Pick, Latest, Lifestyle, Recommendations
Tags
About The Author

Nitya Uppal
Nitya is a Fashion Geek and a girl who is excited by the awesome. She loves her burgers and cannot get enough of them. She heads content at iGyaan Network and iGyaan Publishing. Find her on twitter below.
You Might Also Like
Apps and SoftwareEntertainmentiG PickLatest
Read More