Exclusive Hands On : HTC One M9 HTC’s latest flagship has arrived and it might just live up to expectations. HTC has made a more mature incremental upgrade to an already promising product. The new HTC One M9 highlights everything that was good about the M8 and M7 and fixes what was horribly bad about them. Big major fixes include a bumped up camera, a 20 MP shooter with a sapphire lens cover. The camera now not only looks good, but also shoots 4k video. However we are majorly missing the OIS found in the Korean rival’s handset. Last year’s main camera the Ultrapixel snapped, is now the front facing camera, improving low light selfies and it looks really good. The camera adds a lot of details and  pictures are actually very visible in low light. HTC claims that the camera sees more light than the human eye, our tests confirm that. The two tone color of the Silver One M9 looks fantastic and will be an instant hit, with anyone who appreciates quality handsets. However the new Samsung Galaxy S6 looks too fancy to ignore. HTC has found inspiration from luxury watches, and the minute  we look at the M9 we see Hublot. Everything runs on a highly optimized 2800 mAh battery, bundled with Android Lollipop 5.0.2 out of the box and HTC’s new Sense 7 promises a major improvement in the battery life, and out of experience there is a big difference. The quick charge also improves the charge times and you will be on the go in just a few. 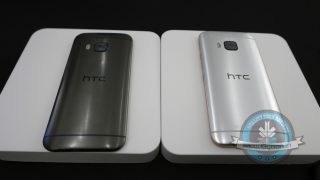 HTC has included a new flurry of covers, none of which come with the device. The new rugged cover will make the device IP 67 and it honestly feels great on the phone and does not add much bulk. The DOT case has been improved quite a lot, adding more functionality. Including Dot-breaker (a cool game) and custom wallpapers that you can sketch, see below. 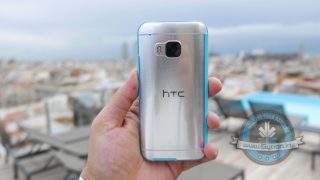 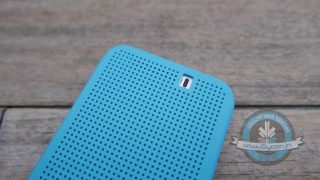 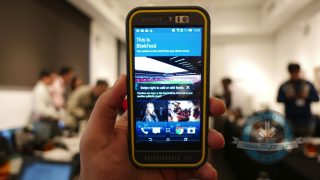 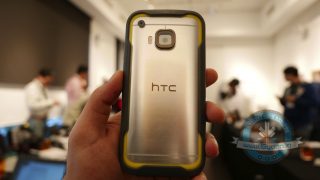 HTC One M9 Unboxing and Hands on Video