Xiaomi Mi A1 Vs Xiaomi Mi 5X Vs Moto G5S Plus

by Vipul VijSeptember 5, 2017
0
Now Reading
Xiaomi Mi A1 Vs Xiaomi Mi 5X Vs Moto G5S Plus
Browse This Page Xiaomi launched the new Mi A1 in India on September 5 at a price of Rs 14,999 with dual cameras and stock Android OS. For the longest time, the Mi 5X was touted to be the first dual-camera phone by Xiaomi to launch in India but, instead, we got an Android One device.

The Mi A1, at Rs 14,999 will compete with the likes of the Moto G5S Plus which also offers stock Android OS and dual-cameras. The Mi 5X and Mi A1 share the same design language, much like any 0ther Xioami Mi phone, and a dual-camera setup. The Mi A1 is the first phone from Xiaomi to feature stock Android OS and it is in association with Google’s Android One program. This means faster OS updates to Android 8.0 Oreo and Android P next year. The Mi5X, on the other hand, runs the MIUI 8 on top of Android 7.1 Nougat and going by Xiaomi’s track record, may not receive an update to Android 8.0 Oreo, atlas not for a few months. The Moto G5S Plus runs Android 7.1.1 Nougat and the company has confirmed update to Android 8.0 Oreo by the end of the year. The Xiaomi Mi A1 is priced at Rs 14,999 for the Indian market and will be available from September 12 on Flipkart, mi.com, Mi Home stores and partner retail outlets. It will be available in Black, Gold, and Rose Gold colour variants. The smartphone has a 5.5 inch 1920 x 1080 px display with Corning Gorilla Glass on top for protection and metal unibody build. Powering the device is a 3,080 mAh battery and fast charging through the Type C port. The Mi A1 runs pure Android 7.1.2 Nougat OS. The phone has the Qualcomm Snapdragon 625 chipset, 2.0GHz octa-core processor, 4GB RAM and 64GB of onboard storage which is expandable via microSD card. Handling the graphics under the hood is the Adreno 505 GPU. The pyrolytic graphite sheet will help in heat management as well, Xiaomi claims. The Xiaomi Mi A1 has an IR blaster to control appliances in your home or office. The fingerprint sensor sits at the back of the device below the camera. Xiaomi has also included a dedicated headphone amplifier for better music listening experience.

It’s worth noting that despite the stock Android OS, Xiaomi has still introduced a few apps of its own like the Mi Camera app, since Google’s app doesn’t support dual-camera right now. Other apps like the Mi Remote and the Mi Store are also present in the Xiaomi Mi A1.

In terms of optics, the smartphone features a 12MP dual-camera setup with 1.25-micron pixel size. Out of the two cameras at the back, the primary one is equipped with a telephoto lens and the secondary camera has a wide-angle lens. The telephoto lens allows the user to take bokeh effect shots with blurred background and a 2X optical lossless zoom. For landscape shots, Xiaomi has introduced a wide angle lens while on the front is a 5MP camera. The Xiaomi Mi 5X was launched in China in July as a mid-ranger with dual-cameras, much like the Mi A1 for the Indian market. The smartphone from Xiaomi has a 5.5-inch 1920 x 1080 px IPS LCD display. Unlike a lot of smartphones from 2017, the Mi 5X has a considerable amount of bezels around the display. The smartphone is powered by a 3,080 mAh battery with fast charging capabilities through the USB Type C port, although, the included charger does not provide a fast charge. The Mi 5X has the Qualcomm Snapdragon 625 chipset, 2.0 GHz octa-core processor, 4GB RAM and 64GB onboard storage which is expandable via microSD card up to 128GB. The Mi 5X runs Android 7.1.1 based on MiUi 8.5.

The phone has 12MP dual-cameras with the secondary camera equipped with a telephoto lens for 2X lossless optical zoom. The camera app has a portrait mode very similar to the one on iPhone 7 Plus with features that include a portrait mode, blurring out the background. The dual-cameras are also capable of recording 4K videos at 30 FPS and 720P videos 120 FPS. On the front is a 5MP camera that records 1080P videos at 30 FPS. 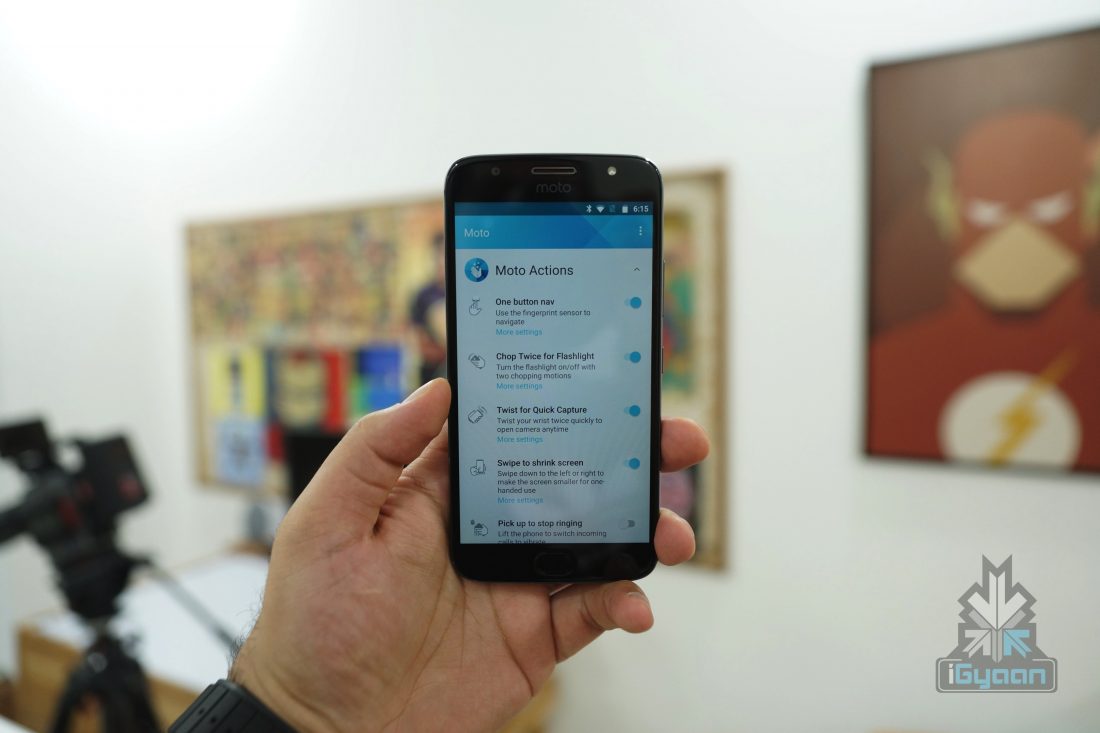 The Moto G5S Plus has a 5.5 inch 1920 x 1080 px display with Corning Gorilla Glass 3 on top for protection. The device is powered by a 3,000 mAh battery with included turbo charge capabilities. The Moto G5S Plus runs Android 7.1.1 Nougat with little customisation done by the manufacturer resulting in stock Android OS experience. The smartphone has the Qualcomm 625 chipset, an octa-core processor clocked at 2.0 GHz with 4GB RAM and 64GB of onboard storage which can be expanded up to 128GB via a microSD card. The fingerprint sensor is housed inside the home button which sits below the display.

The Moto G5S Plus features rear-mounted 13MP dual-cameras with an f/2.0 aperture. The dual camera captures Bokeh, and selective focus shots, along with other capabilities of background replacement and exposure management. On the front is a wide angle 8MP camera with a single LED flash and a panoramic mode. The rear cameras capture videos in 4K at 30 FPS and the front camera records videos in 1080P at 30 FPS.  According to Motorola, additional features such as Night Display and Quick Reply enhance the software experience. The implementation of the dual-camera setup on the Moto G5S Plus is different than that on the Mi A1 and the Mi 5X.

The Xiaomi Mi A1 is the Mi 5X with stock Android OS and stacks up well against the Moto G5S Plus, at least on spec sheet. The Mi A1 will be a little cheaper than the Moto G5S Plus but, how the two phones compete in the real life is yet to be seen. Stay tuned on iGyaan for more coverage of the Xiaomi Mi A1 and a possible comparison!

Vipul Vij
Always found in a Hooded Shell, Excited by technology, tortured by his eating habits. Handles content at iGyaan.
You Might Also Like
LatestMobileMotoXiaomi
Read More