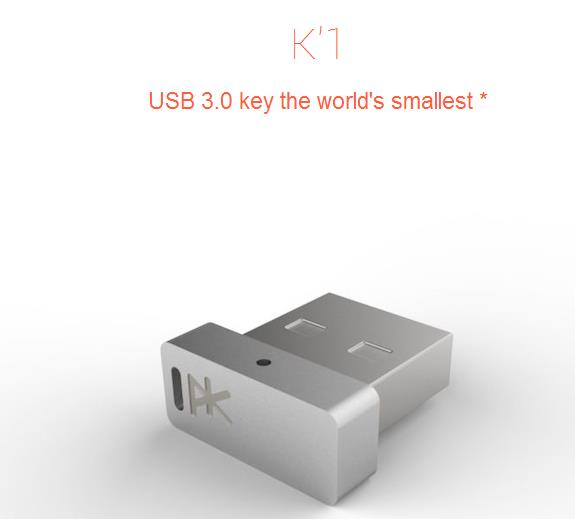 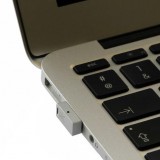 K’1 is available in 32 GB or in 64 GB, the company has targeted this product to Mac books and Chromebooks as they have SSD of like 128 GB for Mac and 16 GB for Chromebook.

The company has also announced a key chain type of product which has a memory of 8 GB and is called K’Ring. These devices are available for PreOrder and the prices are as follows: 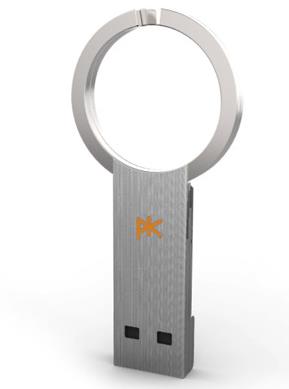 PK1 2
PK K’1 is the world’s smallest USB 3.0 key which enhances the memory of ultrabooks. It measures 16.8 x 16 x 7 mm and has been specially designed to not affect the ergonomy and design of ultrabooks (mini laptops). Once it is plugged into a PC/MAC it blends in smoothly and is almost invisible because it only sticks out by 5mm.

K’1 is available in 32 GB or in 64 GB giving it a considerable memory capacity which enhances ultrabooks that are getting slimmer and slimmer but have less and less memory (SSD 128 GB for most laptop and even 16GB for Chromebooks). K’1 is a minimalistic storage device and an invaluable asset which enables all users to constantly leave their key attached to the computer, without being afraid of losing it and without hindering mobility.

Its USB 3.0 format is extremely fast. When it is connected to a device it can instantly provide 140 MBs of additional storage, 3 to 5 times faster than the majority of USB 2.0 or USB 3.0 keys which only reach 20 to 50 MBs. With this speed, it’s just as easy to store files on the USB key as it is to save them on the internal memory of your laptop. The K’1 comes with a cord which enables users to carry it with them when attached to their key ring and use it with their car radio or USB TV.

The PK K’1 key was designed by O.Beune, who is head of the department of Design at Strate Collège in France and was inspired by the MagSafe power adaptor for the Macbook Air.

PK K’Ring: a key which combines elegance, solidity and practicality!

A high performance USB key, the K’Ring also functions as a key ring: this is a practical solution because you can use it whenever you want, you always know where it is and you never lose it.

The minimalistic design and incredible lightness of the K’Ring (weighing only 15 grams) conceals a durability which stands up to all tests. Made from robust stainless steel, the K’Ring resists water, knocks and scratches: the welding of the ring supports 100Kg and the inbuilt flash technology is completely isolated so you shouldn’t be afraid of accidently putting it in the washing machine! It measures 55 x 26 x 3.5 mm and is adapted for everyday use. The K’Ring has been awarded the label of Observeur du design 2014.

Thanks to its new keys, PKparis joins the mobile revolution. PKparis’ teams will continue to innovate the world of file sharing with new tools for the Post PC era which will be revealed in the next few weeks.

PKparis, which stands for “Premium Keys of Paris”, is a French company which was founded in 2013 and offers a range of storage products which combine minimalism, aesthKringlabel 3etics and innovation. PkParis’ product range is designed to meet the needs of consumers who require additional storage for devices such as: computers, mobiles, tablets and TVs. All PKparis’ products have been created by Parisian designers.

Olivier Beune started his career as an industrial designer in 1994 in the agency Plan Créatif. In 2000, he became the Creative Director of Design for Alcatel Mobile Phones. Since 2008, he has been working as an independent designer at Bod Studio and directs the Product Design department at the Strate Collège of designers. His products have been recognized by a number of awards. “My approach is characterized by the observation and analysis of usages which enables me to develop high quality designs”