Micromax has had a good year. It has seen a comfortable rise in its market share as Samsung has steadily dropped down. In Q2 of this year, the company outsold Samsung according to market research consulting firm, CounterPoint Research. It has also partnered with CyanogenMod and will be bringing the custom ROM based device under the brand name ‘Yu’ in the Indian market soon. While everybody waits for the Yu phones to come out, Micromax has gone ahead and pulled a Motorola. The company will be launching its phone in the same price segment as the Moto E and that too exclusively on Flipkart. 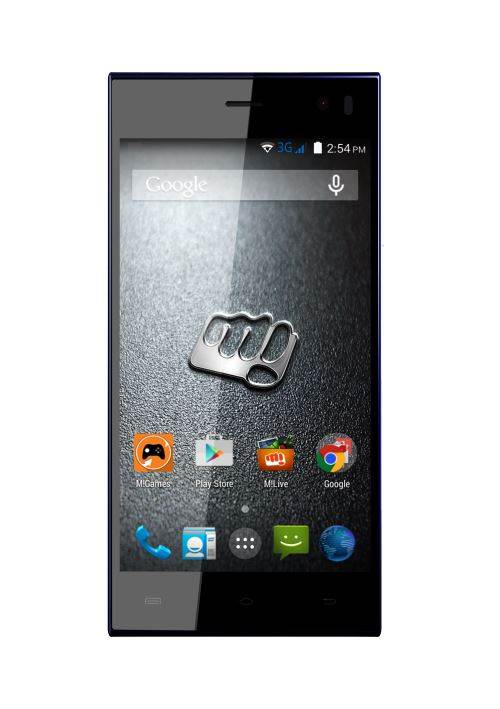 It is powered by 1.3 GHz quad core processor along with 1GB RAM. The storage on the device is expandable up to 32 GB. The main camera on the device is a 5 MP shooter, while on the front is a 0.3 MP camera. The device gets its juice from a 1950 mAh battery.

It offers features like HotKnot with which you can transfer data by just tapping the compatible phones together. It also offers Smart Wake using which users can open their favorite apps through customized gestures and access apps directly from the locked screen.

The device will be available exclusively on Flipkart from 8th December. It is priced at Rs. 6,999. The pricing irks a bit as Micromax’s own Android One powered devices come cheaper. They also have the benefit of being related with Google, so they might get one thing that Micromax has always lagged behind in i.e updates.

It is weird that Micromax has launched a device so close to the launch of the Yu brand of devices. Maybe it’s a way to assert the existence of the original Canvas line of devices before the launch of the Yu brand. It may be a good thing for Micromax not to have a plethora of devices with different names. Instead, it’s time it went into making its own devices and bringing new versions of it every year, especially if it wants to set its place permanently in the mobile markets podium. The features on the device sound good, but the specs could have been better. Come on Micromax, we are waiting for a flauntable Indian brand, impress us already.