The Taiwanese smartphone manufacturer HTC knows the right way to disclose cards in a game. Post the announcement to Desire 320 a day before, the company today refreshed its Desire lineup by adding two new devices. HTC, at the event, unveiled the selfie-friendly smartphone Desire 826 along with Desire 320, a device that will not be brutal on the buyer’s pocket. 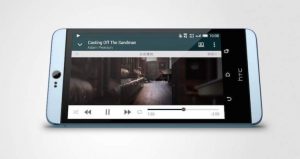 Talking about the specs of Desire 826, the handset sports a 5.5-inch display with 1080p resolution. The device is powered by a 64-bit Qualcomm Snapdragon 615 octa-core processor and packs 2GB of RAM along with 16 GB of internal memory storage. A 13MP rear camera and 4-UltraPixel upfront snapper are embedded onto the phone. Running on the latest OS from Google, Android 5.0 Lollipop, the company hasn’t forgotten to include its signature BoomSound speaker which supports Dolby audio enhancement.

The price of the same is still under wraps. The company declared that the handset will be available in limited stock and Asian countries will be the first to see the same. Another revelation by the company is the entry-level Desire 320. The device has a 4.5-inch LCD display and runs on 1.3GHz quad-core MediaTek processor. The back of the phone boasts a good 5 MP rear camera, while the 0.3MP shooter at the front is just not appealing. The Desire 320  comes with two storage capacity options – 4 GB and 8 GB, which can be expanded up to 32 GB. Running on Android 4.4 KitKat, the phone is powered by a 2,100mAh battery.

However, nothing has been said about its price, the expected to be affordably priced. For now, it will be available in the U.K. and Germany, but other markets will get it soon.

Both the offerings are good, however not exceptional. Well, it will be good to see how these phones perform in the crowded and competitive smartphone market.