Samsung is known for releasing its smartphones in a wide array of colors, and now the company has launched its popular Galaxy Note 2 in three new shades. The new colours are added to the Galaxy Note 2 range alongside the existing ‘Titanium Grey’ and ‘Marble White’ options, bringing the total model range to four. Interestingly, there’s no sign of a black model, despite Samsung having paraded a pre-production version at previous events. The Galaxy Note II, with its 5.5-inch HD SuperAMOLED display, is slightly bigger than the original Galaxy Note, which had a 5.3-inch touchscreen. This device runs on Android 4.1 (Jelly Bean), the latest version of Google’s mobile operating system, layered with the company’s TouchWiz UI. The phablet has a quad-core 1.6GHz Cortex A-9 processor with 2GB of RAM and will come in 16, 32 and 64GB variants, with support for microSD card having capacity of up to 64GB.

Will any of our readers be hoping to snap up one of the new colours when they hit the mobile space? 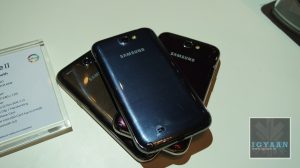 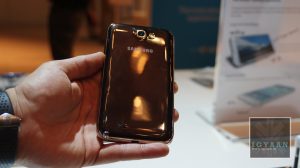 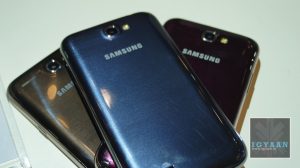 likethis
What's your reaction?
Awesome
0%
Epic
100%
Like
0%
I Want This
0%
Meh
0%
Posted In
Latest, Samsung
Tags
About The Author