While We Wait for OnePlus’ Powerbank, Here Are 5 Available for Purchase Today

by Meenakshi RawatMarch 17, 2015
1
Now Reading
While We Wait for OnePlus’ Powerbank, Here Are 5 Available for Purchase Today
Browse This Page Smartphones have become our primary source to instantly connect to the world around. To walk with the pace of the world, smartphones need to keep working; here’s where the dependant power banks come into the picture.

There are many power banks in the market that promise to charge the devices instantly while on the go. The top amongst them is Xiaomi’s 10,400mAh Mi power bank, which is the most powerful of all and is affordably priced. Unfortunately the Mi power has not been available for a while now. In a recent event, top officials of the company commented that it may take a while for the device to be back in stock. OnePlus is also geared to launch its power bank with 10,000mAh capacity, but the company is not releasing the same in India anytime soon.

So meanwhile, we decided to compile a list of powerful power banks that are worth your money. One can choose any from the below-provided list: The power bank from Sony comes in elegant gold colour option. It has a battery capacity of 10,000mAh and can restock a regular battery of 2500mAh four times on a single charge. Every unit of Sony PB574SJG power bank has two ports: Micro-B USB, Mini USB. The device is priced at Rs. 1,449. The battery support by Samsung is little less than others in the list at 9,000mAh, but can power the device more than twice once the source is fully charged. The Li-Ion Battery comes in black colour and houses one USB port. The power backup is priced at Rs. 1,000. The Lenovo’s external battery support is mammoth at 10,400mAh. Weighing at a mere 340 g, the battery is efficient in power conservation and features electricity-saving function. The portable machine has an LED power indicator, along with dual USB output. Every unit of Lenovo GXV0F78691 costs Rs 1,777. 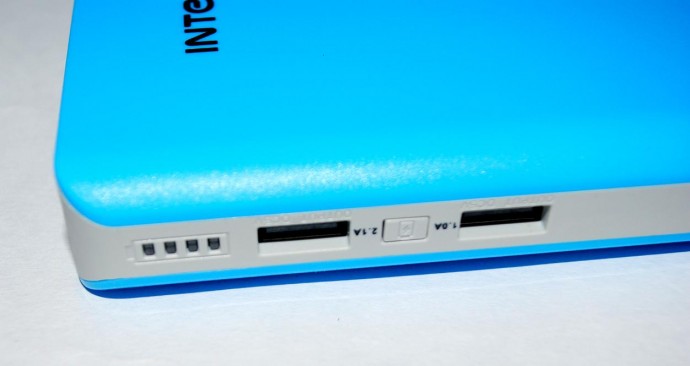 Intex’s power bank is another robust gadget designed to charge not only mobiles, but also Sony Cyber-shot cameras. The Li-Ion Battery comprises of two ports, Micro-B USB and Mini USB. The battery support is small and fits in hand perfectly. The ultra-portable gadget slip into the pocket and is extremely light. It comes in two colours, white and blue, and costs Rs. 1,199. One of the top contenders in power bank arena presently is PNY. The device has a potential of storing 10,400mAh and it can be grabbed at just Rs. 999. The device has 4-lights of LED power indicator, which displays the battery level status. However it only allows a single USB, so two devices cannot be simultaneously charged.

Meenakshi Rawat
iGyaan's newbie Meenakshi handles content at iGyaan. She is an ultimate foodie, loves travelling and likes to read.
You Might Also Like
GadgetLatestRecommendations
Read More