Xiaomi Mi3 Review : Get it Now! The era of saying, “that’s a Chinese phone” in a negative manner may have finally ended, and that will be purely thanks to the fact that a lot of Chinese manufacturers are ready to put that norm to rest.

With Gionee taking the market horses by the reins last year, Xiaomi is the latest player and is ready to play in the heated battle zone with the right approach for India. India is the most price sensitive market in the world, one of the largest markets for Mobile Phone users, even those who switch handsets frequently. The country is flooded with manufacturers and brands trying to reach a level of excitement in the mobile space. With the Xiaomi Mi3, the Chinese manufacturer hit the right note with Indian buyers, by simply launching the product. There was a huge demand for a good budget phone; However Xiaomi dissolved their overheads by launching the product at a marvellous price of Rs 13999/- for the 16 GB variant.

The stocks are very limited, and only those who preregister can buy the phone. Every few days the phone will go on sale on shopping website Flipkart, making it excruciatingly difficult to own one right now. What makes it more painful is the long list of dealers who have multiple accounts on Flipkart, waiting to snatch this phone, just so that they can sell for a markup.

Is the handset really worth all that worship? Let’s find out.

Let’s say this, finding a phone this well made, for this price, is practically impossible. The Xiaomi Mi3 is encased in a solid brushed aluminium shell and laden with Gorilla Glass 3 in the front. Possibly one of the only phones with a reinforced micro USB port, the Xiaomi Mi3 has held no bars in design and build quality.

The rigid frame also gives it fantastic looks and the rounded sides and edges relate to the fit in the hand, and it all feels great. Each time you pickup the Mi3 the first words out of your mind would be “No way this costs only Rs. 13999?. Just putting the parts together will cost you more than a phone. However someone at Xiaomi has the right contacts with suppliers. The Xiaomi Mi3 in India comes preloaded with Android 4.4.2 out the box, which is skinned with MiUi, a very iOS like skin which does not contain an application drawer. The UI is fast and snappy and offers a lot of customisations including themes which can be downloaded from the Mi Store. The Mi3 will give full access to the Play Store and allow for launcher downloads as well as launcher replacement if so be the case.

The UI is snappy and not laggy at all, the phone has good multitasking capabilities and will blaze through the live applications, despite few software glitches, that may often cause slowdowns and crashes.

The phone is a beast for the price range. It does not break any records as per say, but is truly top notch in its price bracket, in fact pretty much compares to phones in double the price bracket. The phone runs through mostly all our tests and scores good results in our benchmark tests.

As far as gaming is concerned, the Mi3 can handle anything that is thrown at it, basically, any game that exists on Android will run on the Mi3, which is mostly thanks to the heart of the handset being a Snapdragon 800 – one of the most stable chipsets when it comes to apps and software.

We gamed on the Mi3 extensively and found it to be seamless and smooth, although the 16 GB runs out, and it runs out fast. You would be better waiting for the 64 GB variant if gaming is your bit because space is tight.

The Xiaomi Mi3 is excellent in day to day use and offers excellent performance, whether its running apps or multitasking, you will not be disappointed.

The Xiaomi Mi3 has a beautiful display with excellent viewing angles and a full HD resolution. Xiaomi has gone as far as calling it a “retina” display, because the panels are made either by LG or Sharp, both of which supply to Apple for the iPhone.

The display is big and bright, and you will enjoy consuming media on this phone, the audio is excellent out of the 3.5mm jack, and you will be happy with the overall experience. The onboard speaker is not overly loud, but can be adequate, of course, which could be different for different folks, we would have liked a better speaker though. The camera is the best in class, with a 5 element lens and f2.2 aperture, the 13 MP shots are right on the money. The colours are accurate, and images are perfectly sharp. Low-light performance is excellent, and video is good. The front camera is good for 2
MP shots which will more than suffice for the selfie nerd in you. 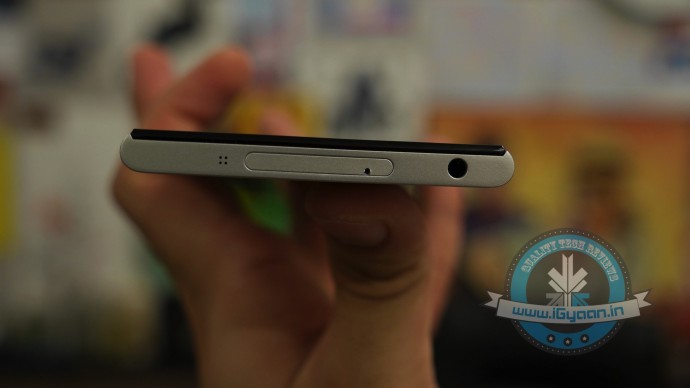 Phone networks are strong, and network performance is good where we tested (Delhi/NCR and Mumbai), the phone supports 3G networks mostly globally and without issues in India. There is no 4G/LTE and expecting it would be inappropriate.

Battery life is impressive thanks to a well balanced chipset, which helped us get through almost two days without a recharge on the 3050 mAh battery pack.

Just a few months ago, Motorola broke the bank in India by launching the Moto G in this price bracket using a similar sale strategy (the Flipkart way). Now Xiaomi seems to have this in their pocket for the Xiaomi Mi3 and possibly for the Mi4 in the near future. There are several complaints, already of handsets with faulty Sim card trays, heating issues and handsets that refuse to boot or get charged.

Around 35-service centres will offer, support and Flipkart has a brilliant reverse pickup for faulty and dead on arrival products. So device and support “should not be” a problem. However, there is no clarity on who is behind the sales, an Indian partner or the company itself? How dedicated are they and how serious do the consider one of the larger mobile markets? With confirmed news of the new Mi4 coming soon, and OnePlus showing interest in India, the Mi3 may be a miss for some. However for those who need a phone now, it doesn’t get any better than this. If you were considering a last generation Nexus 5, this overthrows that with half the price. Get the drift? Now get the phone!