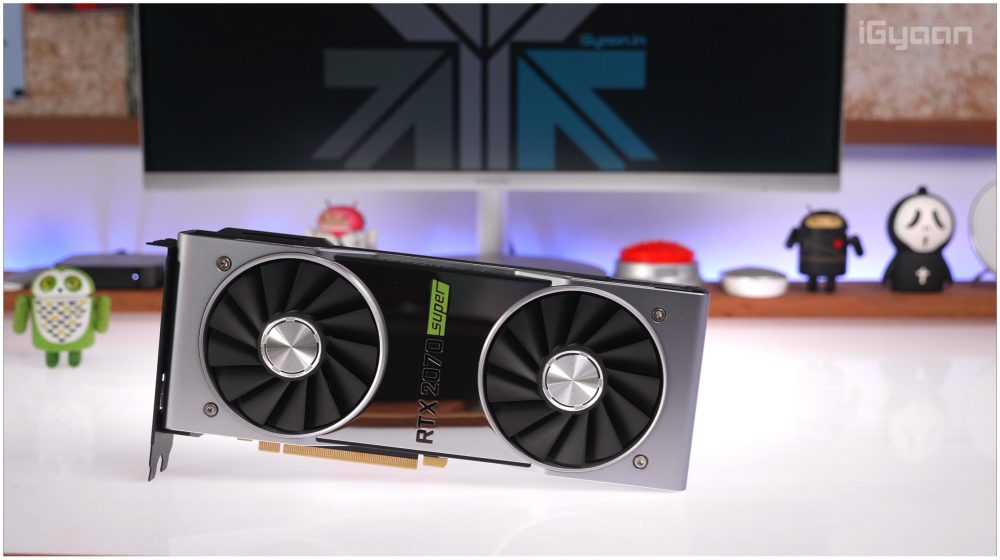 Reiterating on what was said before, it is the perfect time to be a PC gamer. NVIDIA had announced its RTX SUPER series cards at Computex 2019 and will mark the first refresh of its latest-gen graphics cards. Historically, Team Green has always led the charts in performance over its competitors. Even with the vanilla RTX series cards, the company has managed to stay ahead of any new-gen graphics cards released by AMD. We have already reviewed the RTX 2070 SUPER and now we see how the RTX 2080 SUPER holds up in its comparison.

Notably, the RTX SUPER series will replace their vanilla versions except the RTX 2060. Both standard RTX 2070 and 2080 will cease production to make room for the nominally faster SUPER variants. The review will follow a similar format as the prior tests and feature multiple categories to give detailed information to our readers. One of the key defining design element that the RTX 20 SUPER series feature is a new mirror finish on the steel front. The metallic texture is extremely reflective and houses the new name of the new SUPER GPU. RTX 2080 SUPER features a dual fan set up which is a welcoming change over the GTX 10 series single blower style fans. It enables a better thermal management system overall. The side houses GeForce RTX branding which is backlit by a green LED providing the graphics card with a minimalistic yet attractive aesthetic. We appreciated the sleek design, however, the design may vary depending on which 3rd party you buy it from. The version we tested was the Founder’s Edition sold directly by NVIDIA. Users can also expect triple fan variants from other retailers like Zotac, Gigabyte, MSI and much more. NVIDIA is renowned for a better thermal management solution over any of its competitors. Team Green has optimised its cards for optimal performance without overheating at all times. The MSI Kombustor test was a good wat to test it out and during loads, the GPU managed to hit the 80 degree Celsius mark with fans running on 57-58dBa audio levels. On idle, the card is still pretty audible at 52-53dBa and has a temperature within the 40-50 degree Celsius range during rest. All in all the RTX 2080 SUPER is a powerful card which should rarely face thermal throttling during peak gaming operations. The GeForce RTX 2080 SUPER graphics card is the latest entry in the RTX SUPER series and is bound to receive the latest drivers. NVIDIA has already announced drivers for popular AAA game titles prior to the actual launch. The support will enhance graphical fidelity during gameplay and will also complement its ray-tracing solutions for great visuals. The list of the latest game titles that have been optimised by NVIDIA includes Wolfenstein: Youngblood and Madden NFL 20. Both games are the latest instalment in their respective franchises; a free copy of Youngblood will be available with the purchase of any RTX SUPER series graphics card from NVIDIA. NVIDIA’s GeForce RTX 2080 SUPER is available for a price tag of INR 61,400 in India (USD 599 in the US). Buyers should note that the above-mentioned price is for the Founder’s Edition from NVIDIA. The graphics card will be sold by various 3rd party retailers such as MSI, Zotac, Gigabyte, and many more may carry a slightly different price tag. For more information regarding availability, readers can check out NVIDIA’s official website; for those who wish to buy peripherals for an even greater gaming experience can also check out NVIDIA’s G-sync monitors. The RTX 2070 SUPER retails for the INR 43,600 and USD 499 and offers performance on par with the RTX 2080. The tests have shown that the RTX 2080 SUPER offers only a marginal boost of performance over the last iteration. An average of 10-15% increase in performance is observed all the while carrying an additional INR 20,000. It is strongly recommended for people who are leaning more towards 1440p or 1080p gaming with ray tracing enabled to go for the RTX 2070 SUPER. The card is a powerful contender at a reasonable price point and should offer similar performance to its elder sibling. If gaming enthusiasts do wish to spend extra for the sweet 4K 60fps then look no further than the RTX 2080 SUPER.