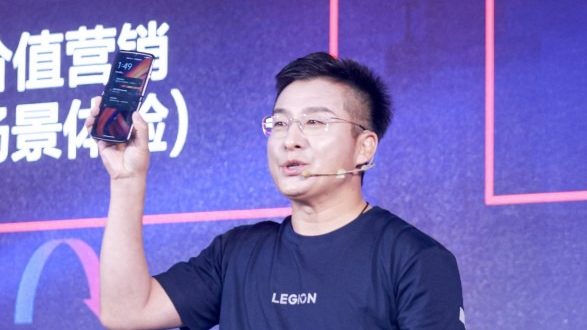 Motorola didn’t launch a new Razr in 2021, with reports and leaked details strongly suggesting a new model to be launching this year. Yesterday, the upcoming Motorola Razr (codename Maven) was officially showcased in China. Though it was more of a sneak peek than a full reveal, the pictures give us a glimpse at the foldable’s design.

Chen Jin, Lenovo Mobile Chia GM showcased the next Motorola Razr at a press event. The handful of pictures taken shows the device in both folded and unfolded form. As seen in the images, the new Razr ditches the “chin” design of the earlier models that emulated the original 2000s Razr. Pictures of the new Razr, when closed, give us a look at the new dual-cameras at the bottom right corner. The new Razr design actually looks quite similar to the Samsung Galaxy Z Flip 3. A teaser video posted on Weibo further shows off the new Motorola Razr. The new hinge looks inspired by Samsung’s design, as well as the new larger outer display, the main USP of the Galaxy Z Flip.

Previous leaks have already confirmed that the new Motorola Razr will be powered by a Snapdragon 8+ Gen 1 chipset. The latest spec leaks suggest that the new Razr will feature a 6.7-inch P-OLED folding screen, 120 Hz refresh rate, and a redesigned hinge. The outer display is expected to be bigger than before at 3-inches. Camera duties will be handled by a 50-megapixel main camera and a 13-megapixel ultra-wide.