Most Popular Mobile Games of All Time

by Sanket VijayJune 20, 2016
1
Now Reading
Most Popular Mobile Games of All Time
Browse This Page If you were in Wordsworth’s time period, you would spend your free time by idealizing nature, composing romantic poetry to the smell of daffodils. If you lived during The Beatles era, you would be protesting against war in your denim bell bottoms and moccasins in a Kombi.

Today, however, we’re more responsible with time, chasing after high scores and collapsing structures on pigs. It’s a simpler time. Today, mobile games remain at the top of the ‘how to kill time’ list. And we’ve chosen a few games that we think are the all time favorites. These games range from ones that have been played since the time phones were invented to games that are still hugely popular, in no order whatsoever. 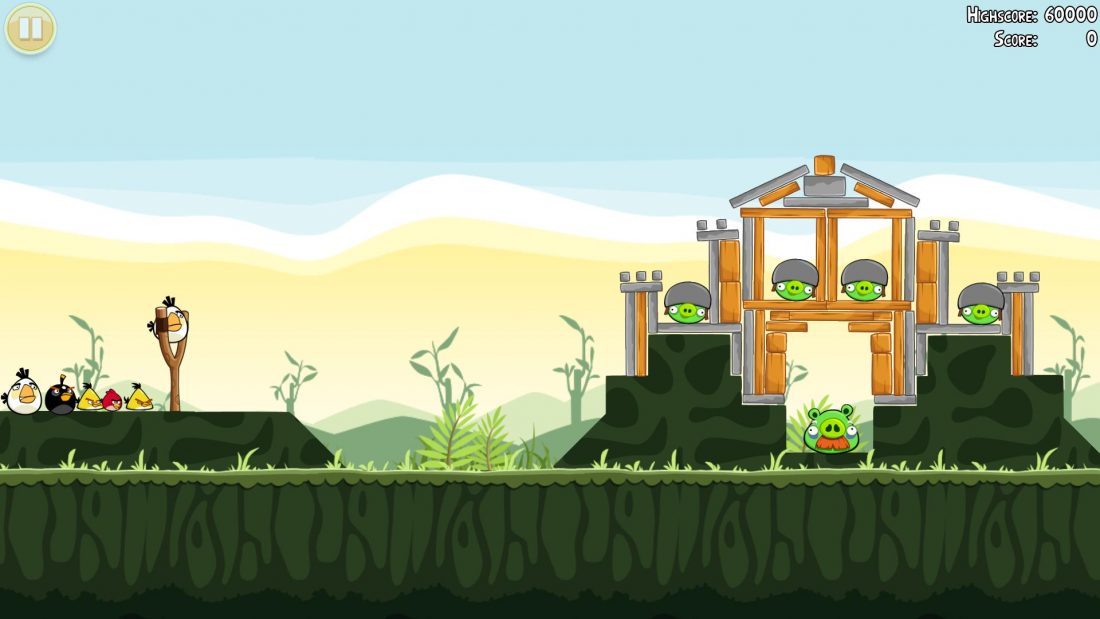 This ‘bird hitting evil pigs’ game is a sheer stroke of brilliance created by Rovio. Who would have thought the amount of pleasure one would get to watch pigs get crushed by collapsing structures, or the joy of nailing that perfect shot that causes a huge chain reaction. It has been almost 6 years since the game came out and is still as addictive as ever.

For the uninitiated, the game basically features a bunch of birds with various mood swings, depending on which some can split in to three, drop egg bombs, and even explode. These birds are flung from a slingshot at evil pigs who have stolen their eggs, or at structures that collapse on the pigs. Either way, the pigs must die.

Angry Birds’ success is unparalleled with around 12 games in the series ranging from Rio to Star Wars, to having its own televised cartoon show and an upcoming movie. With over three billion downloads across all platforms, Angry Birds is the most downloaded freemium game series of all time. Now for some retro stuff. We all know it, we all love it. Snake was for feature phones what Angry Birds is for smartphones. We all started off playing Snake on our Nokia handsets when we were kids. In fact, one of Nokia’s biggest selling points for handsets like the 1100 or 3210 was pre-installed Snake. The game was a hit with users and proved that phones could be used for more than just making calls.

We’re confident everyone must know about the game, but we’ll tell you anyway. You’re a snake and you have to eat. You must guide your snake around a box finding little square food to eat. But here’s the kicker, the more you eat the longer the snake gets, which makes maneuvering the snake all the more difficult. Not only does reaching the food becomes more complex, you must also be wary of biting your own tail, cause it’s ‘Game Over’ if you do. It’s a lot harder than it sounds.

Also, it’s not enough to stay on gear one. If you play Snake, you need to try all the 9 levels of speed settings cause that’s where the fun lies and you need to have a stomach as big as the snake for it. The game is such an important part in the history of mobile gaming that on November 29, 2012, the Museum of Modern Art in New York City announced that the Nokia port of Snake was one of 40 games that the curators wished to add to the museum’s collection in the future. From Snake we jump to GTA, so take a while to readjust your time stream. Grand Theft Auto, one of the most popular series on gaming consoles like PlayStation and Xbox, also made its way to the phones. Needless to say, the experience of playing GTA on your mobile is quite something.

What developers did best was to bring the same feel of the game from the original consoles onto the phones. By the time San Andreas hit the Android and iOS market, phones could handle really cool graphics and had the processors to back it up. So if you were to download San Andreas today, you would find that Rocksteady has worked hard on updating the games texture and lighting for the smartphones to provide you every bit of what you remember if you played the PlayStation, Xbox, or PC version.

You’ll find dozens of hours of entertainment crammed into its two gigabytes of precious mobile device storage space that let you experience everything from working out at the gym to grabbing burgers in a fictionalized take on Las Vegas. We’re taking you back yet again. This time we look at the classic Russian tile-matching puzzle game that first made its appearance with Nintendo, and later hit the phones. If you ever owned a GameBoy and used it for games other than Pokemon (hard to imagine), then chances are you would have been familiar with Tetris even before it made it to the phone.

This phenomenally addictive game is quite simple to understand. You have seven types of blocks (called ‘tetrominoes’) that fall from the ceiling, and your job is to stack them neatly by moving and rotating them before they hit the deck. Creating a horizontal line will eliminate every block in that row, which is good since the blocks keep falling, and continue to do so till it stacks up till the ceiling, after which the game is over.

A game like this doesn’t require much change over the years and is just as addictive today as it was back then. Despite all the graphical progressions we’ve made, sometimes its fun to go back to the old school ways of gaming. And Tetris is as old as it gets.  Electronic Gaming Monthly’s 100th issue had Tetris in first place as “Greatest Game of All Time”. In 2007, Tetris came in second place in IGN‘s “100 Greatest Video Games of All Time”. Yes, its that good. If you want to see how older 8-bit games continue to inspire this generation, you need only download Flappy Bird or Crossy Road to know. These new age games rely on old age gameplay and graphics and are ridiculously addictive. Games like Crossy Road, Flappy Bird, and Frogger have a simple manner of progression. There are obstacles to cross using mostly your thumbs to tap on the screen. With no tricky controls, these games can actually be played with one hand tied behind your back.

In Flappy Bird, the player controls a bird, attempting to fly between rows of green pipes without coming into contact with them, and that’s pretty much all you have to do. But don’t be fooled. Flying a bird between pipes has never been this difficult. Very, very few have gone on to achieve Gold medals in Flappy Bird, and you only needed 40 points to get that.

The game was regarded so addictive that makers removed it completely from the App Store and Google Play Store. Today, all you’ll find are Flappy Bird knock-offs. The sudden removal of the game in 2014 caused phones with it pre-installed to be put up for sale for high prices over the Internet. Even though its not available now, this short-lived game is still worth to go down in history as one of the (annoyingly) addictive games of all time. Honestly, who doesn’t remember this side-scrolling space shooter game that was the bomb back when people were on their Nokia 3310’s? Today the game might feel hilarious to play, but back then it blew our minds away.

Space Impact sees you piloting a tiny spaceship through a hellish field of alien creatures that looked like fish. Hammering away at your phone’s buttons, you’ll be blasting those freaks with missiles, bombs, and energy beams through each level.

While Space Impact was never a great game, it was, however, something truly brilliant for the time. It pushed the boundaries in terms of what was possible on a mobile, and anything like that deserves some recognition.

likethis
What's your reaction?
Awesome
50%
Epic
0%
Like
0%
I Want This
50%
Meh
0%
Posted In
Games and Gaming, Latest, Mobile
Tags
games, mobile
games, mobile
About The Author

Sanket Vijay
When not indulging in reading or writing, Sanket fanboys over The Flash, Star Wars, Coldplay, and U2. And pizza, he loves his pizza. Follow him on Instagram for more.
You Might Also Like
Games and GamingLatestMobile
Read More