Google Launches The Pixel 2 For US$649

by Vipul VijOctober 4, 2017
0
Now Reading
Google Launches The Pixel 2 For US$649
Browse This Page 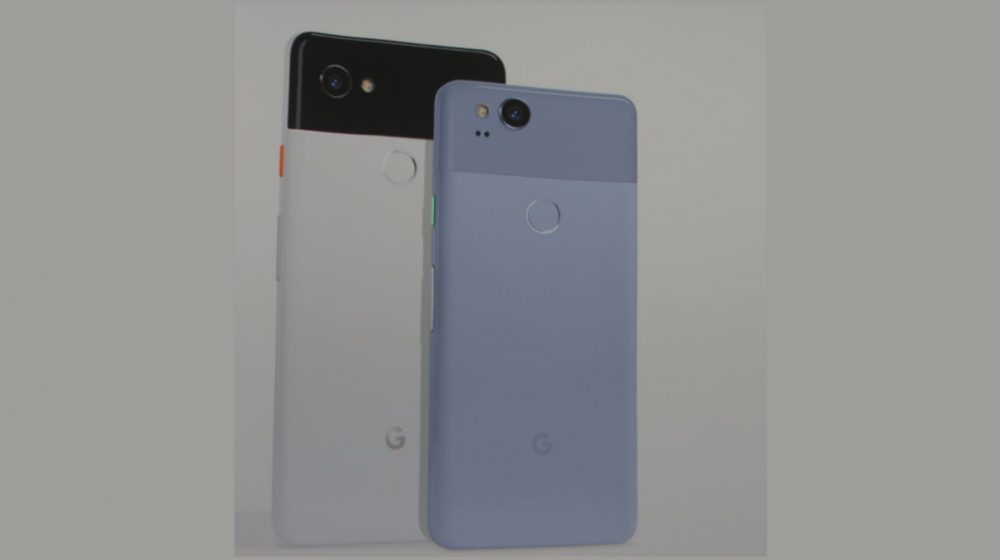 Google has launched the new iteration of the Pixel 2016, the Pixel 2 during its launch event at Google HQ. The Pixel 2 is priced at Rs 61000 for the 64GB variant. Google will also bundle a Google Home Mini with every order of a Pixel 2 for a limited time.

Following the design language of last year’s Pixel phones, the smartphone features a 5 inch 1920 x 1080 px OLED display with Corning Gorilla Glass 5 on top for protection. Powering the device is a 2700 mAh battery and it runs Android 8.0 Oreo out of the box. As is with with every Google phone, the new Pixel 2 will be first in line to receive Android P update in 2018. Under the hood, the device has typical 2017 flagship specifications. It has the Qualcomm Snapdragon 835 chipset, 2.4GHz octa core processor, Adreno 540, 4GB RAM and 64GB/128GB onboard storage. The fingerprint sensor sits at the back of the device but, this time around the “glass window” is smaller. The two-tone colour of the phone is also reminiscent of the original Pixel from 2016. Google claims that the fingerprint sensor is the fastest on a smartphone. The Pixel 2 is water resistant as well.

A new addition is front-firing dual stereo speakers. The big omission is the much talked about 3.5 headphone jack. The Pixel 2 also has an always on display for better accessibility. Another feature is the Active Edge feature which lets you squeeze the frame of the phone to launch the Google Assistant. Google has also made some minor changes to the phone’s home screen. The most notable change is that there’s now a search box at the very bottom of the screen. Up top, there’s now an “at a glance” widget, which displays your upcoming meetings, as well as the date and temperature.

On the camera front, Google has decided to go for a single camera setup similar to last year’s Pixel phones. The rear-facing camera is a 12.2 MP sensor with an f/1.8 aperture and 1.4 micron pixel size. On the front is an 8MP camera with an f/2.4 aperture. Google has introduced new features in the camera department like the addition of AR. You’ll be able to add 3D characters and emoji into photos and videos and see them move around as you’re capturing the scene. That includes things like a sleepy coffee cup, but also some recognisable characters. Google is going to be partnering with third parties to add in some famous faces. This year, the Pixel 2 and Pixel 2 XL use a technology called “dual-pixel” which divides every pixel into two. DXOmark has given the cameras of the Pixel 2 a score of 98, highest ever for a smartphone. Google says Pixel 2 has greater high dynamic range, optical image stabilisation, and a portrait mode that doesn’t use a second camera but dual-sensor image technology. The Pixel 2 XL uses both OIS and EIS simultaneously for better clarity and stable images and videos. The portrait mode works on both rear and font facing cameras, just like the new iPhones.