The smartphone has a 6 inch 2880 x 1440 px POLED display which translates into an 18:9 aspect ratio. Protecting the display is Corning Gorilla Glass 5.

Under the hood, the Pixel 2 XL has the Qualcomm Snapdragon 835 chipset, 2.4GHz octa core processor, Adreno 540, 4GB RAM and 64GB/128GB onboard storage. The fingerprint sensor sits at the back of the device but, this time around the “glass window” is smaller. Powering the device is a 3520 mAh battery which is larger than the one found in the Pixel 2. 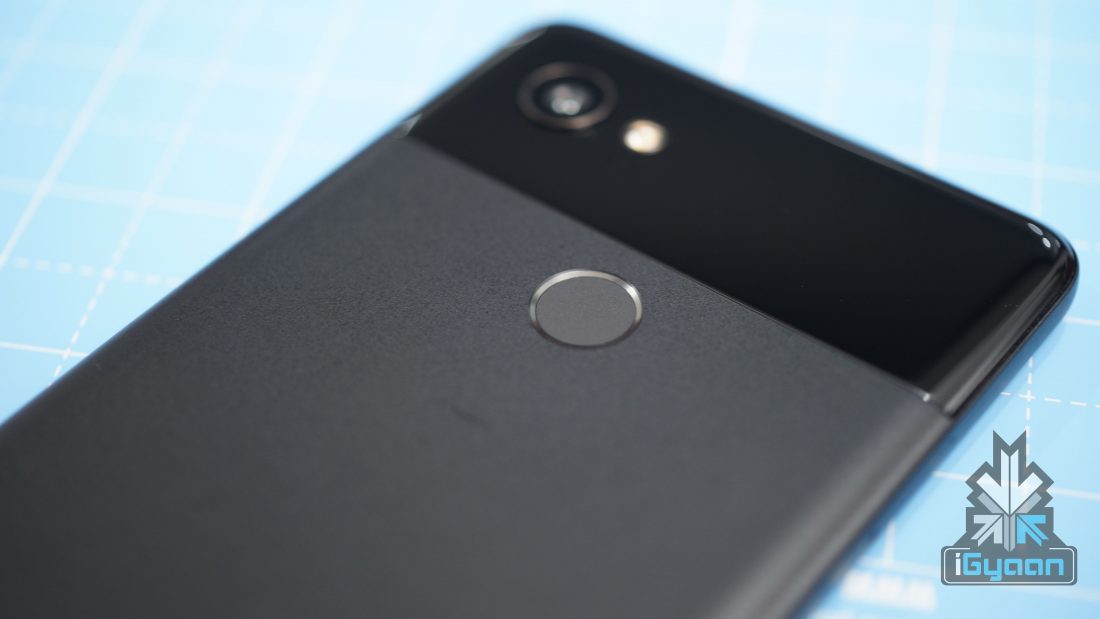 Just like the Pixel 2, the device runs Android 8.0 Oreo out of the box and will receive the Android P update in 2018.

Google has decided to go for a single camera setup similar to last year’s Pixel phones. The rear-facing camera is a 12.2 MP sensor with an f/1.8 aperture and 1.4 micron pixel size. On the front is an 8MP camera with an f/2.4 aperture. The Pixel 2 XL uses both OIS and EIS simultaneously which should ideally result in better low-light photography and stable videos. Google has introduced new features in the camera department like the addition of AR. Google says Pixel 2 XL has greater high dynamic range, optical image stabilisation, and a portrait mode that doesn’t use a second camera but dual-sensor image technology.