BMW showcases the new i3 and i8 Concepts, we drool! (PR)

by Bharat NagpalAugust 1, 2011
0
Now Reading
BMW showcases the new i3 and i8 Concepts, we drool! (PR)
Browse This Page BMW automobiles is a well known name in the automotive industry, especially when it comes to innovation. The i brand was announced for the electric division of BMW automobiles earlier this year. The launch of the sub brand comes hand in hand with the two concept electric cars. The i3 will drive 150km on a full charge, acceleration is about 0-60mph in around 8 seconds, while buying the vehicle owners will be able to opt in for the range-extending motor aptly named “REx.” The first consumer model should hit prime markets by as early as 2013. The charger will complete eighty percent charging in an hour, while a full charge could take as long as 6 hours. 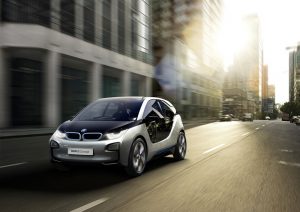 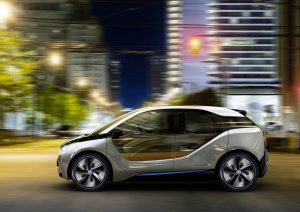 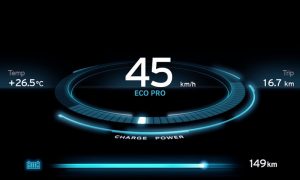 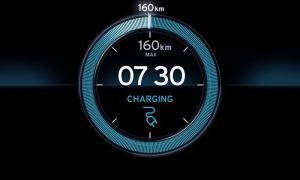 The i8 on the other hand is highly aerodynamic and has a hybrid diesel-electric drivetrain, while consumption will remain around the region of 2.7 liters per 100km, while it will speed up from 0 to 62mph in 4.6 seconds. 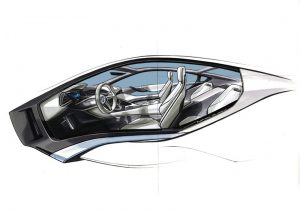 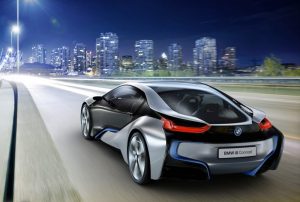 [toggle title_open=”Collapse” title_closed=”Read The Press Release” hide=”yes” border=”yes” style=”default” excerpt_length=”0″ read_more_text=”Read More” read_less_text=”Read Less” include_excerpt_html=”no”]BMW Group presents mobility of the future +++ World premiere of the BMW i3 Concept and BMW i8 Concept +++ Reithofer: A milestone in the history of the company +++ Sustainability across the entire value added chain

Frankfurt a.M. / Munich. The BMW Group showcases its visions of future mobility in the shape of the BMW i3 Concept and BMW i8 Concept studies. Unveiled for the first time, these concept vehicles provide a glimpse of the first electrically powered production cars from the new BMW i sub-brand, due to be launched as the BMW i3 in 2013 and the BMW i8 in 2014.

“We are marking another milestone in the history of the BMW Group. As Chairman of the Board and an engineer myself, I am very proud of this project,” declared Norbert Reithofer, Chairman of the Board of Management of BMW AG, at Friday’s premiere of the two vehicles in Frankfurt. “As the world’s leading premium car manufacturer, our aim is to offer customers purpose-built electric-drive cars as well,” he added.

With its zero-emission electric drive and a range of approximately 150 kilometres, the BMW i3 Concept has been specifically developed for use in an urban environment, its dynamic 125 kW electric motor and rear-wheel drive ensuring BMW-style dynamic handling. Thanks to its innovative LifeDrive architecture featuring a carbon passenger cell, the BMW i3 Concept combines an extremely low weight of 1,250 kilograms with optimal interior space and the highest crash safety levels. With four seats and a 200-litre luggage compartment, this vehicle is fully suited for everyday use.

Draeger: a revolution in car design

“This vehicle will mark the launch of the first volume-produced car featuring bodywork largely made of carbon. It’s a revolution in automotive design,” stressed Klaus Draeger, Member of the Board responsible for Development. The application of this new CFRP technology allows a weight reduction, compared to a conventional electric car, of between 250 and 350 kilos, and that means more dynamic handling coupled with a greater range. The BMW i3 does the 0 to 100 km/h sprint in less than eight seconds, while a high-speed charger achieves an 80% battery charge in just an hour.

Thanks to the emission-free drivetrain and a value added chain designed to be sustainable all along the line, life cycle emission figures for the BMW i3 are at least a third lower than for a highly efficient combustion-engine car. If the BMW i3 is run on electricity from renewable sources, the figures improve by well over 50%.

The BMW i8 Concept goes from 0 to 100 km/h in less than five seconds and boasts fuel consumption of under three litres per 100 km. Its plug-in hybrid drive with a system output of 260 kW allows a range of up to 35 kilometres in electric mode – sufficient for most everyday journeys. For more dynamic driving or out-of-town routes, a high-performance three-cylinder petrol engine also comes into play. The sports car has an electronically governed top speed of 250 km/h and space for up to four occupants. “The BMW i8 Concept is the sports car for a new generation – pure, emotional and sustainable,” Draeger underlined.

With BMW i, the BMW Group is corroborating its position as the most innovative and sustainable auto manufacturer in the world, as reflected in the fact that it has been the supersector leader in the Dow Jones Sustainability Indexes for the sixth year running. With BMW i, the BMW Group is providing answers to the mobility challenges of the future while pursuing a holistic approach. In addition to purpose-built premium vehicles with electric drive, the company is also offering intelligent mobility services.

The focus here is on solutions for improved use of parking space, intelligent navigation systems with location-based information, intermodal route planning and car-sharing schemes such as DriveNow. Following MyCityWay, ParkatmyHouse marks the second investment by the recently launched venture capital company BMW i Ventures in a company providing internet-based mobility services. Parkatmyhouse allows private individuals to use the internet or
smartphone app to rent out their private parking spaces on a short- or long-term basis.

Both the BMW i3 and the BMW i8 will be built at BMW’s Leipzig plant in Germany. Some 400 million euros are earmarked for investment in new buildings and facilities by 2013, while 800 new jobs are to be created. Vehicle production will be CO2 neutral and will draw on renewable resources. The company is currently investigating the possibility of erecting its own wind turbines on the plant site.

The BMW Group
The BMW Group is one of the most successful manufacturers of automobiles and motorcycles in the world with its BMW, MINI and Rolls-Royce brands. As a global company, the BMW Group operates 25 production and assembly facilities in 14 countries and has a global sales network in more than 140 countries.

The success of the BMW Group has always been built on long-term thinking and responsible action. The company has therefore established ecological and social sustainability throughout the value chain, comprehensive product responsibility and a clear commitment to conserving resources as an integral part of its strategy. As a result of its efforts, the BMW Group has been ranked industry leader in the Dow Jones Sustainability Indexes for the last six years.[/toggle]