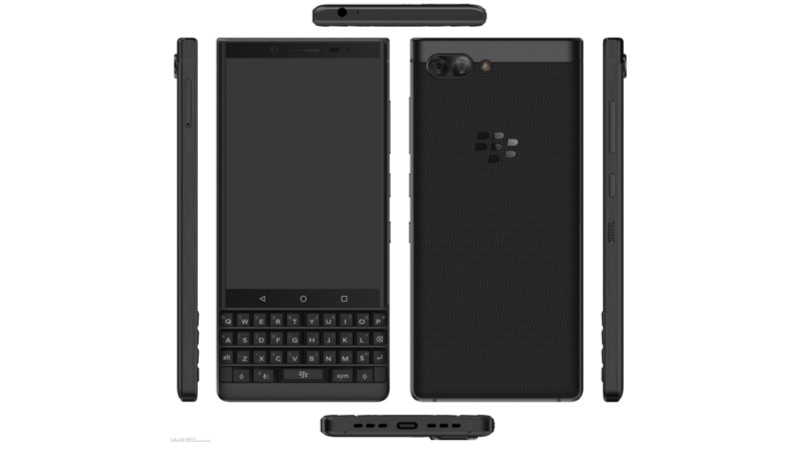 While most of the smartphone makers are launching phones with a taller 18:9 aspect ratio, BlackBerry appears to have stuck to its basics. BlackBerry might launch a new smartphone in the coming weeks with a physical QWERTY Keypad. The BlackBerry Anthena renders have been leaked showcasing the design and aesthetics of the device. The smartphone has a metallic band around the corner with cutouts for the speakers and a USB type C port. Similarly, the smartphone also has a 3.5 mm headphone jack on the top with a secondary noise cancellation microphone.

The BlackBerry Athena was previously leaked in early February 2018, along with the BlackBerry Luna and BlackBerry Uni. However, at that time there was no information about the device boasting a dual camera setup. These smartphones were expected to launch at the Mobile World Congress 2018 and that didn’t happen.

On the front, the smartphone has a typical BlackBerry style 3:4 aspect ratio display with three capacitive navigation buttons. The device has a full-sized QWERTY keypad. The space bar has a BlackBerry logo, which might have an embedded fingerprint sensor. The smartphone has 3 buttons on the left of the device with a volume and a power button.