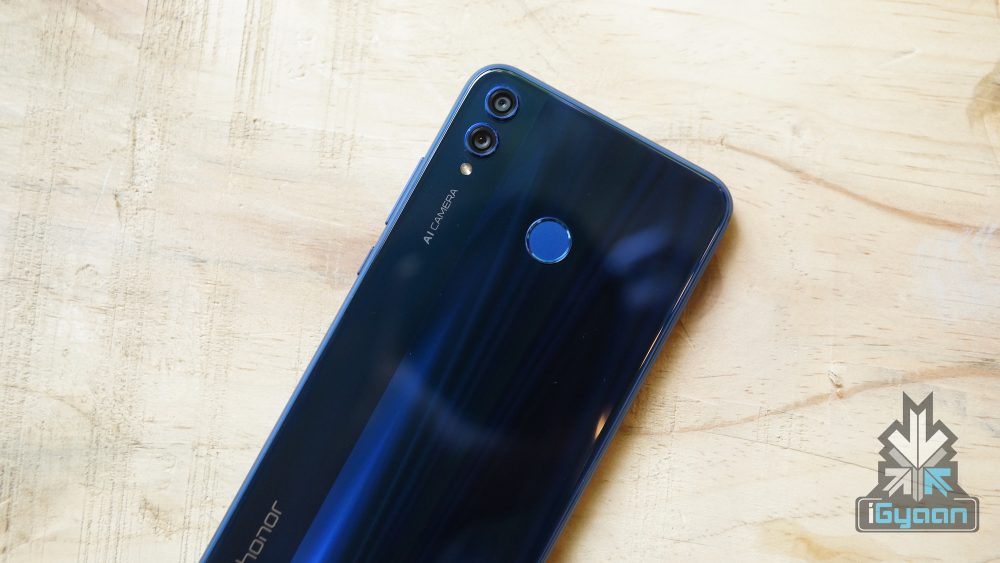 The Honor 8X has a double textured design. It has a metal middle frame and 2.5D glass. The back is made of 15 layers of Aurora Glass, according to the company.The finish on the device looks really premium and stylish. The display houses a notch, thin bezels and a very slim chin. On the back, there is the dual rear camera setup, LED flash, fingerprint scanner and the Honor branding. The Honor 8X runs on the Hisilicon kirin 710 SoC. It has an Octa Core CPU with a clock speed of 2.2 GHz. The device has 4 GB and 6 GB RAM options. It has the Mali G51 GPU with GPU Turbo technology. It has 64 GB and 128 GB storage variants and the storage is expandable upto 400 GB via a microSD card. The device is running on EMUI 8.2 based on Android 8.1 Oreo. Under the hood, the device packs a 3,750 mAh battery. It has a fingerprint reader, headphone jack and a microUSB port for charging and connectivity. The device has Wi-Fi, Bluetooth 4.2 and GPS for connectivity.