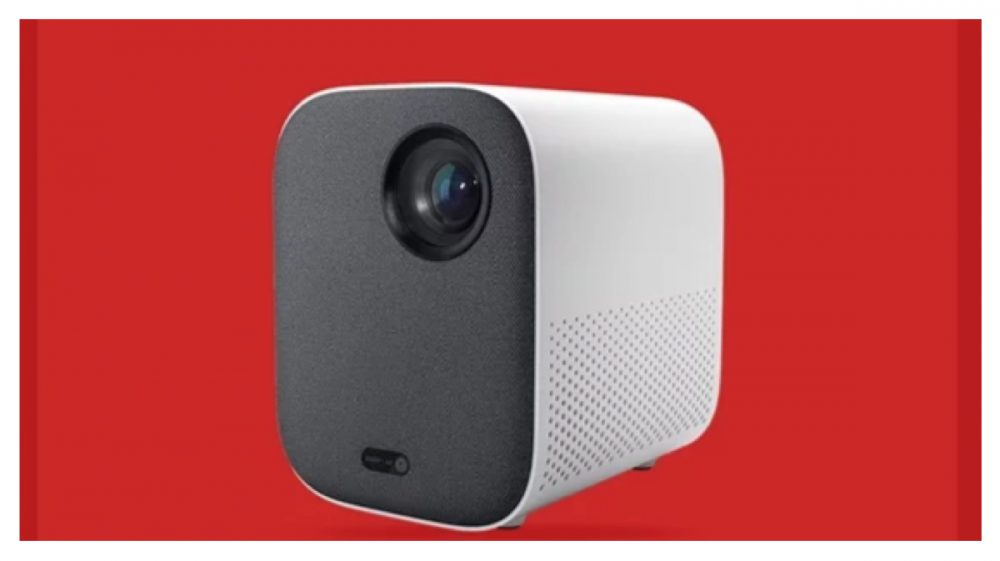 Xiaomi has a vast array of products from home electronics, smart home, kitchen appliances, smartphones, televisions, computer appliances – almost everything imaginable. Xiaomi also has had launched projectors in the past, one of which had also won Japan’s 2017 Good Design Award! Now, the company has launched a small portable projector called the Mi Home Projector Lite that can be a perfect fit if you are a movie buff or like to consume your entertainment larger than life. This will be the company’s second projector after the Mi Laser Projector 150 which was released in early 2017.

The projector is a compact long-throw projector which is perfect for smaller houses with relatively smaller rooms. However, the small size does not mean that it is less powerful. The projector can project 1080p images between 40 and 200 inches in size with a native aspect ratio of 1.2:1. It also features 500 ANSI LED lamp that has a life of 30,000 hours. The projector supports HDR10 which is great for viewing quality videos. The projector also features a built-in speaker, along with Dolby Atmos and DTS support which are all handy features to have. But the most impressive feature is it’s built-in Mi TV functionality along with voice control. The projector supports different kinds of wired input connections and has HDMI, USB and aux inputs. It is quite understandable from the name of the product that Xiaomi is aiming to sell these projectors for homes and not necessarily for workplaces.

The projector however will be only available only in White colour and will be sold in China for the moment. It will be amazing to see this sold in India, but there is no news of that yet. The projector is currently up for crowdfunding and will be available for CNY2199 ($320) which will later increase to CNY2499 ($364).