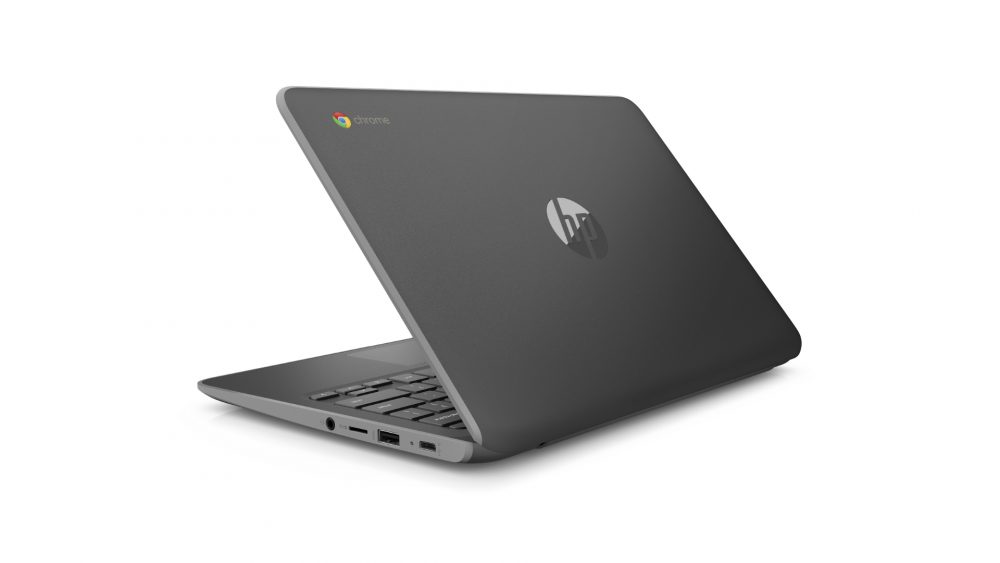 HP has been delivering great laptops in the form of Chromebooks for quite some time now. While there are several rugged phones in the market, a rugged laptop is hardly ever heard of. But HP has done just that! They showcased two Chromebooks recently – the Chromebook x360 11 G2 and Chromebook 11 G7 Education Editions.

The Chromebook x360 11 G2 EE features an 11-inch IPS display with HD (1,366 x 768) resolution. It has two USB-C ports, one regular USB port, a headphone jack along with an SD card slot. The laptop’s screen has a 360-degree hinge lets you turn the device into a 3.24-pound tablet. It also supports the optional Wacom EMR pen. This is supposedly done to allow students to take notes. There are a few different options in terms of configuration and the laptop is powered by either a dual-core Celeron N4000 or quad-core N4100 with 8GB of RAM and 32/64GB of storage. The second Chromebook, albeit similar in many ways has significant differences as well. The Chromebook 11 G7 EE features the same processor options, RAM, storage option, battery size and display size. The durability rating is similar as well with the same tests having been performed on this Chromebook.

The main difference are in it’s screen. It features three different display options — an HD IPS touchscreen, a matte HD IPS non-touchscreen and an HD SVA option.The hinge on this laptop only lets you lay the display flat on a table instead of a 360 degree fold.

Both these laptops can hold up to 11.5 hours of power according to HP. The Chromebook x360 11 G2 EE and Chromebook 11 G7 EE will go on sale sometime in April, and the prices have not been revealed as of now.

likethis
What's your reaction?
Awesome
33%
Epic
0%
Like
0%
I Want This
0%
Meh
67%
Posted In
Computing, HP, Latest
Tags
Chromebook
Chromebook
About The Author