Volta Motorbikes officially announced its new Volta BCN motorcycle this week, with a complete unveiling set for the EICMA Motorshow in Milan next month. The electric motorcycle is one of many to come in the rage of the new eco sports bike era. With a total of three different variants :

All the variants have a 35 horsepower and 70 kilometer range

The price range starts at €7,000 mark (or just around the INR 5 lac mark, before duties and tax),

The bike will start shipping to pre-orderers first half next year with a reservation list first come first serve basis. 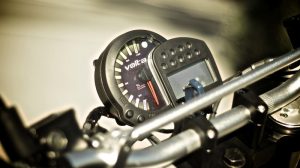 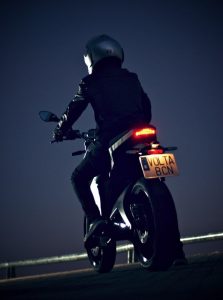 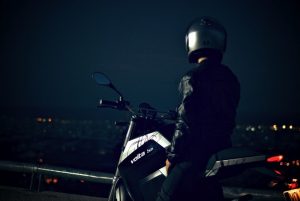 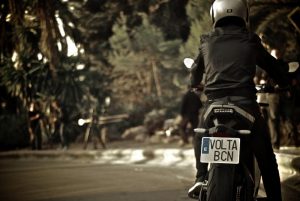 The pre-reservation list will be opening at the start of 2012, and the first units will be sold during the second quarter of the year

Between 8th and 13th November, amid the backdrop of the Milan Fair (69th International Motorcycle Exhibition), Volta Motorbikes, an electric motorbike manufacturer created with the mission of providing new solutions for the pollution problems in big cities, will be presenting its star project: the Volta BCN. The first electric motorbike designed entirely in Barcelona has received the name of the Catalan capital thanks to an agreement with the City Council, which hopes to display the city’s aspiration to become a European benchmark in sustainable mobility and environmental respect. The Volta BCN combines design, a sporty feel, innovation and sustainability all in one. This goes to show that a practical and sustainable vehicle can also be dynamic, while boasting an urban image and high performance.

After months of work and perseverance, the Volta Motorbikes project has now come to fruition and is about to begin the production phase. Thus, during the first quarter of the forthcoming year, a pre-reservation list will be opened on the Internet; and in the second quarter, the first units will be released for sale, for an estimated price of €7,000. At the moment, Volta is putting the final touches on the shape of the Volta BCN distribution network and points of sale throughout Europe.

The fact that Volta bears the name of Barcelona forms part of the intention to help forge the image of a city that is capable of converting urban thoroughfares into a pollution-free public space, yet with no sacrifices regarding the mobility-related needs of the people who live there. And so, Barcelona is pushing to become a benchmark for sustainability in Europe, while at the same time reasserting its ambition to be a hub for design and quality.

The Volta BCN is different from other urban electric motorbikes, as it combines technology, design and a sporty feel, to afford users the opportunity to experience motor passion while also being respectful of the environment.

Volta Motorbikes envisages launching its product in Spain first, and will subsequently make the leap over to the international market, with its first appearance at the Milan Fair, the quintessential showcase for any new product in the two-wheel sector. As Volta Motorbikes Manager Marc Barceló says, “the Milan Fair is the ultimate test to assess the entrance of a new brand, and we hope to firm up our first orders with the European market during the days of the show”.

The Volta BCN, with 35 hp, will be available in several different models, yet as Barceló cites, all are founded on the same philosophy: “Volta aims to transmit the DNA of a brand with a sporty nature while also being efficient and environmentally friendly”.

In Milan, the company plans to present three models with the same power yet different aesthetics and finishes. The BCN Sport is an urban motorbike that projects a dynamic image with a personality of its own, without skimping on performance, quality or practical features. The BCN City offers a cosmopolitan design and targets those who wish to combine an elegant look with the spirit of sustainable mobility and practical, comfortable driving. The BCN My Volta is the customisable model, meaning that the motorbike can be adapted to the needs and preferences of the user in terms of the design of its finishes and accessories. The My Volta will offer customised ordering through an online tool that will be implemented with the new Volta website, coinciding with the brand’s presentation at the Milan Fair.

All of these models require the same A2 driving license and are the ideal choice for those who need a means of daily transport to get about in the city, while serving as a road of entry into the two-wheel world for new users.

With a full battery recharge cost of €0.45, this bike can recharge completely in just two hours when plugged into a 220-V household socket or at any public charging point. The Volta BCN has a range of approximately 70 kilometres and a lithium-polymer battery. After 1500 charging cycles, which is the equivalent of five years of daily recharges, the battery still has 80 % of its initial capacity.

One thing that we must point out about the Volta BCN is the quality of its components, as all of its parts are supplied by prestigious brands in the sector.

The motorbike comes with a trunk with capacity for a full-face helmet, as well as a mobile phone charger.Particularly worthy of note is the relaxed and comfortable position of this bike, which makes for agility and free movement when driving. Moreover, it includes the added feature of connectivity with mobile telephone devices, as well as a wide range of applications such as programming recharges and power setting limits, among others; a package that will be available when the first Volta BCN bikes reach the market.[/toggle]