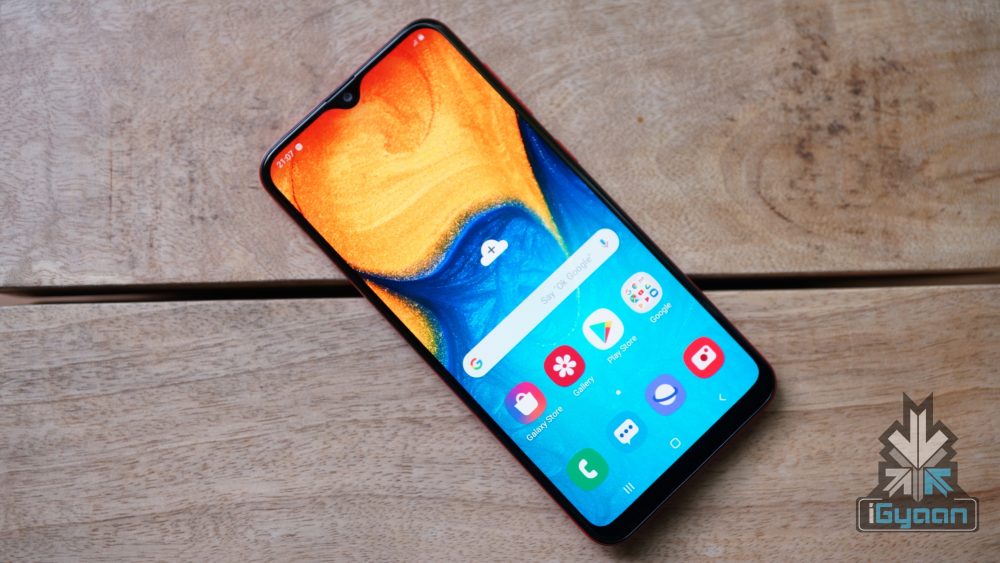 The Samsung Galaxy A20 was unveiled in India on April 5, 2019, and it features a 6.4 inch Super AMOLED display with a resolution of 1560 x 720 px. The device runs on the Exynos 7885 chipset, comprising of an Octa-core CPU and Mali G71 MP2 GPU. The smartphone has a 13MP primary camera with a secondary ultrawide 5MP camera. For selfies, the Galaxy A20 has an 8MP (f/2.0) camera. It is available in three colours: Blue, Black, and Red.

Samsungs latest entrant in the Galaxy A lineup of smartphones is the Galaxy A20. Priced at Rs. 12,490, it goes head to head with the likes of the Redmi Note 7 and the company’s own Galaxy M20. With a modern design and competitive specifications on paper, can the Galaxy A20 compete with the best in the segment or it is just a disappointing budget handset from the company?

We find out in our Galaxy A20 review.

Check out the Galaxy A20 on Flipkart

Samsung, the largest smartphone OEM in the world, has been on a launching spree lately. The company has tried to completely reinvent its budget and mid-range segment with the current Galaxy A lineup. It has now freshly announced the Galaxy A20e budget smartphone in the series to target emerging markets. The device was launched on the 10th of April alongside the Galaxy A80, Galaxy A70 and Galaxy A40 smartphones. The Galaxy A20e features a new design language adopted by Samsung and offers humble specifications at a lucrative price.

Samsung has launched a new member in the Galaxy A series of smartphones, the Galaxy A20 in India. The device joins the previously launched Galaxy A10, Galaxy A30 and Galaxy A50 in the country. Interestingly, while the latter three handsets have already been launched in India in February, the Galaxy A20 was first launched last month in Russia.

The Galaxy A20 features a polycarbonate body with a similar design language to the Galaxy A10 and the Galaxy A30. While the front of the smartphone resembles the former handset, the back [...]

Samsung tried to rethink its budget smartphone strategy with the current devices in the form of the new Galaxy M and Galaxy A lineup. Similar to their Chinese competitors, these handsets offer competitive specifications at a lucrative price. Fresh leaks have revealed a new smartphone in the Galaxy A lineup. Called the Galaxy A20e, it was spotted when it got certified through the Federal Communications Commission (FCC).

The Samsung Galaxy A20e has been leaked countless times over the last few weeks. It will sit between the Galaxy A10 and the Galaxy [...]