HyperX, the company that manufactures gaming accessories alongside computer components, has unveiled new products in Computex 2019 today. Introducing a gaming keyboard that was built on the company’s new keyswitch designs along with a fresh addition to their Cloud Alpha gaming headsets series.

HyperX announced a successor to its Cloud Alpha gaming headsets that is extremely popular in the gaming community. The new iteration is dubbed Cloud Alpha S, that has 7.1 surround sound that goes through a wired audio control box with volume controls for chat and video game audio. 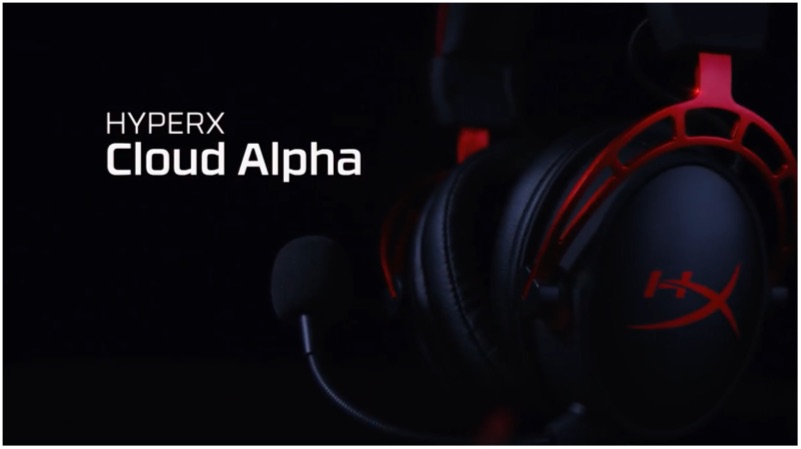 Aesthetically, the headphones sport the same design philosophy alongside audio hardware that was present in the predecessor as well, i.e the dual chamber drivers. HyperX however, claims that the new headset is better tuned in comparison for an improved audio experience overall. The gaming headsets also feature a new bass slider function on the back that lets the user adjust the audio according to their preferences as they please. HyperX Cloud Alpha S goes on sale this September for $129.99 (approx. Rs.9050)

HyperX’s announced the Alloy Origins gaming keyboard that will feature the company’s new keyswitches. The company has been manufacturing keyboards for game enthusiasts for 17 years now (founded in 2002). Most other manufacturers just like HyperX use either the Cherry MX or Kailh keyswitches depending on the price of the product. As of today, the company will start employing its own keyswitch designs in certain designs and models of its gaming keyboard line up. The gaming keyboards made by HyperX generally utilized the reds, the popular choice among gamers alike for its great responsiveness. However, the company has made changes to the established red design by reducing the travel distance of each individual key down by 0.2mm lower than a standard Cherry MX red switch. Now at 3.8mm and 1.8mm respectively.

Also Read: Asus Launches A Couple Of Laptops And Gaming Accessories At Computex 2019

The aluminium framed keyboard, the Alloy Origins will be released in the third quarter of this year for $109.99 ( approx. Rs.7655), priced similarly to the company’s Alloy FPS RGB model keyboard that features the Kailh switches.