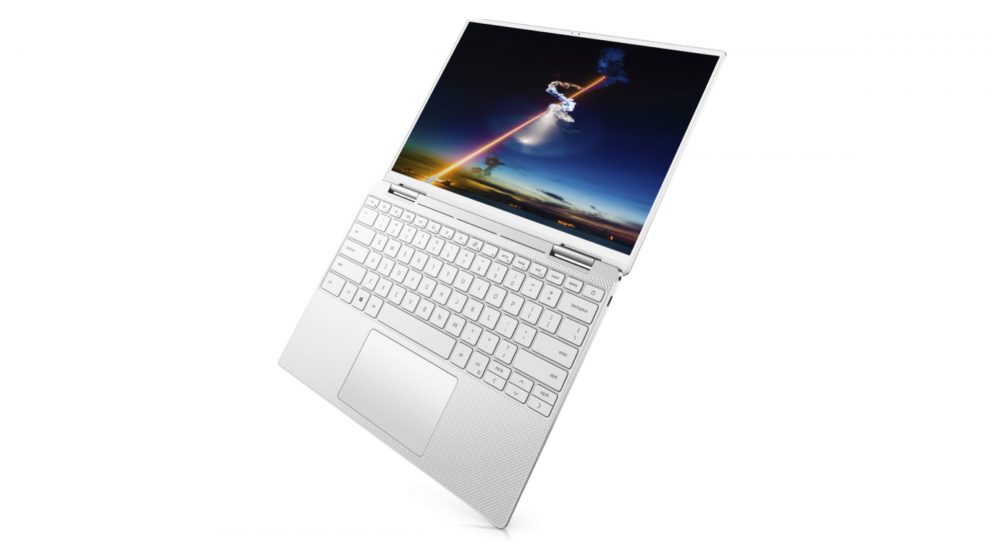 Computex 2019 has seen its fair share of updates and overhauls in the specifications and design of laptops. However, none so far have crossed the generation in the processor unit. The Dell XPS 13 2-in-1 laptop previously received a minor update regarding the placement of the webcam back in CES in the month of January. The long-awaited Intel 10th Gen Ice Lake processor also makes a debut with the XPS 13. Along with a new display and keyboard, the key change made is the upgrade to Intel’s latest generation of CPUs. Intel’s new 10nm Ice Lake chips in the Dell XPS 13 are based on the U-Series lineup of the 10th generation. The company had to add fans to the XPS 13 to utilize the more powerful processor over the Y-Series lineup which was made specifically for fanless laptops and is a worthwhile trade for better performance. Dell, for assurance, is going as far as to claim two and a half times more processing strength than the last iteration of the notebook with the addition of the latest chipset. Dell has also bumped up the screen size to 13.4 inches, changing the aspect ratio of the display to 16:10. This made the screen slightly taller than its previous versions. The latest version has a bigger keyboard and touchpad, which is a significant improvement over its predecessor. In a similar fashion to its variants from the past, the display options on the notebook are still FHD+ or 4K. The Maglev (Magnetic Levitation) keys make an appearance in the XPS 13 2-in-1 laptop, borrowed from the XPS 15 from 2018. However, it is not the exact same keyboard and slight touches are evident due to the presence of more metal than the XPS 15. For biometric security, a fingerprint sensor is placed comfortably alongside the keyboard.