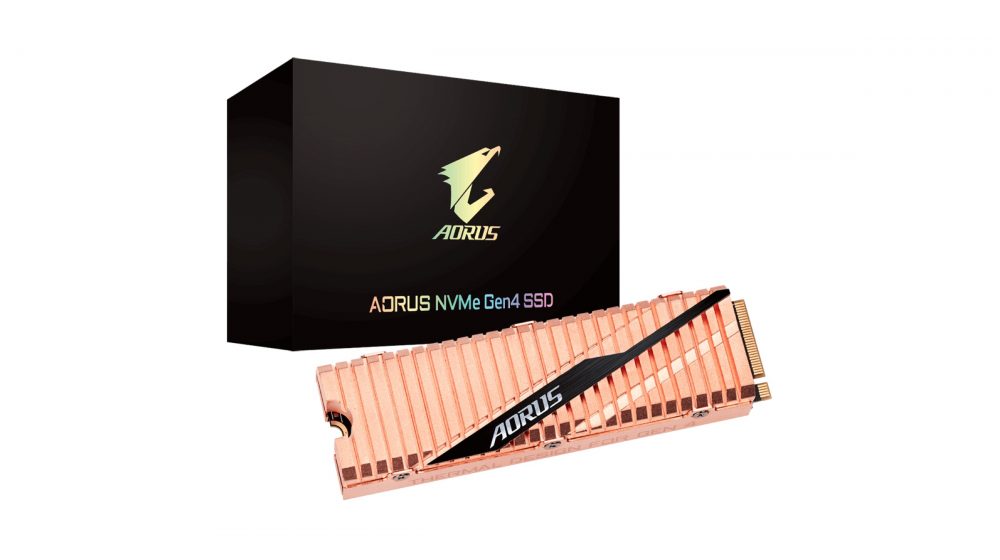 Taiwanese technology company Gigabyte has unveiled the first PCIe 4.0 NVMe SSD that hits an incredible read speed of 5,000 MB/s, or 4.88 GBps. At the same time, the SSD can reach write speeds of 4,400 MB/s. However, Corsair also launched its own Generation PCIe SSD on May 27, 2019. It can achieve a read speed of 4950 MB/s, which falls merely 50MB/s short of Gigabyte’s SSD. Both the SSDs offer almost 56% faster read speeds than the Samsung 970 nvme Solid State Drive, which is one of the fastest available SSDs in the market. The Gigabyte PCIe 4.0 utilizes the Phison PS5016-E16 controller and 3D Triple Level Cells (TLC) NAND flash memory chips manufactured by Japanese manufacturer Toshiba. A full body copper heat spreader engulfs the AORUS NVMEe Gen4 SSD, so that the generated heat can be managed at higher read/write speeds. Since the temperature can increase drastically during operation, Gigabyte states that using the heatsink can reduce the temperature of the SSD by almost 14 percent. Also Read: Xiaomi Delays The Release Of Its Foldable Smartphone Over Market Insecurity

As per reports, the NVMe SSD will be available in two storage variants, 1TB and 2TB. The company plans to roll out the SSDs in the month of July 2019. Interested users can get their hands on the Gigabyte X570 motherboard along with the SSD and the latest Ryzen processors in order to test out the insane Gen4 transfer speeds. Since Gigabyte has not unveiled the price of the NVMe Gen4 PCIe SSDs, an official announcement is awaited regarding the same.