Hyundai is planning to bring the 2012 Sonata Hybrid to India sometime next year. The Hybrid revamp of 2011 Hyundai Sonata, one of the most sold cars of this segment in the US in 2011, the 2012 Hyundai Sonata Hybrid will also be launched in India at a starting price of 23 Lakhs. The new Hybrid Sonata comes with a  2.0-liter Theta II turbocharged GDI engine which offers 274 horsepower at 6,000 rpm and 269 lb-ft of torque from 1,800 – 4,500 rpm with regular fuel and offers a Mileage of 13.16 KM/L . The new breakthrough Hybrid Blue Drive technology lithium polymer battery pack with powertrain with engine decoupling, significantly reduces the amount of energy required to maintain speeds, resulting in a increase to 19 KM/l sustained. The Sonata Hybrid comes with a six-speed automatic transmission with SHIFTRONIC manual control or a standard six-speed manual transaxle. The addition of a sixth gear enables closer spacing between gear ratios providing a better balance of performance and fuel economy while the wide overall gear ratio helps deliver strong acceleration.

The Sonata Hybrid shares the same “Fluidic Sculpture” design language with all other 2012 Sonatas. The new design features re-shaped front and rear fascias with a deeper air dam, extended rocker panels and lower drag wheels allow the air to flow around the body with less resistance. It is unknown if in Car entertainment will be the same in the Indian version of the Sonata. All international versions come standard with a 7 inch multitouch Navigation system and Digital Radio(N/A in India). The Unit supports iPhone and Bluetooth Mobile phone pairing, Also features voice activated- and voice guided Navigation. The in Dash Unit also has iPod/USB/auxiliary inputs and an 8GB of flash memory. 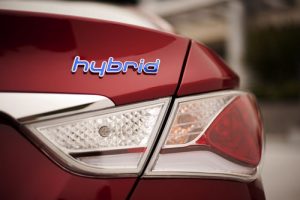 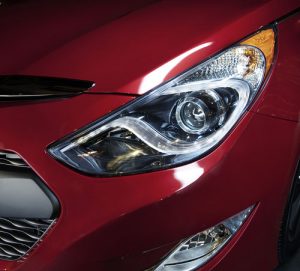 Bharat Nagpal
Founder and Chief Editor of iGyaan. Bharat likes to keep on top of technology ! Follow Him on Google Plus : Google+
You Might Also Like
AutoGyaanHyundaiLatest
Read More