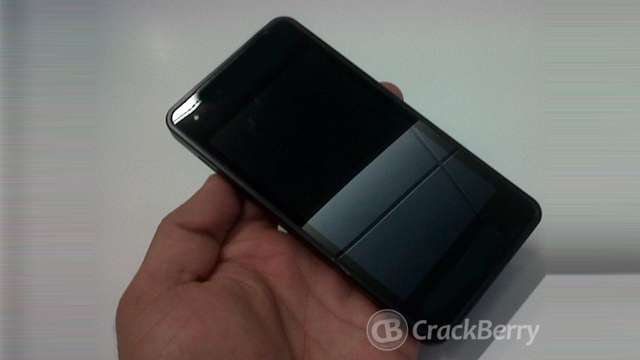 Oh my dear berry addicts, looks like the world is abuzz with Blackberry news once again. The bitter sweet fruit that has seen a major downfall in the recent years is finally trying to put its pieces together. New prototypes have surfaced for the upcoming Blackberry 10 phone lineup, which the company is supposedly launching this year.

Research in Motion is hosting the BlackBerry Jam event in a few short days where they plan on giving out a few prototypes of the handset running this OS to developers for testing apps and whatnot. According to various sources this particular unit is only meant for development and is a open version of what may finally become Blackberry london. Some reports also point towards the origins being Blackberry Colt, however that seems highly unlikely.