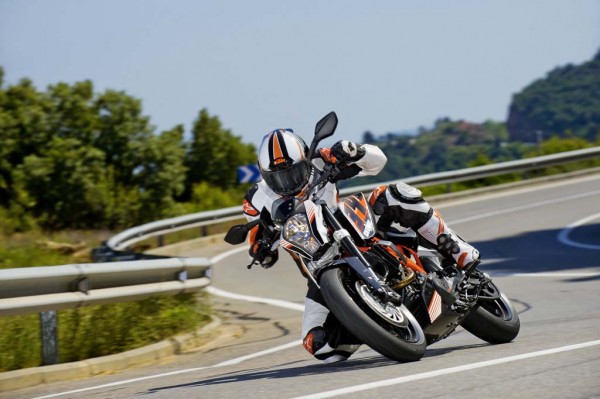 The KTM Duke 390 is the bigger single-cylinder model that was expected from the Austrian manufacturer’s Bajaj tie-up. The engine, says KTM, is all-new, displacing 375cc with an over square 89mm bore on a 60mm stroke. Visually, the motorcycle looks identical to the Duke 200 and this isn’t an illusion. The frame is exactly the same, from the 43mm upside-down forks up front to the 150-section tyre at the back. Will the tyre compound be softer for more grip? The details will become clearer once the motorcycle becomes commercially available. KTM claims the fuel-injected motorcycle makes 43PS at 9500rpm and 36Nm at 7250rpm, which are extremely robust figures. When you add in the fact that the motorcycle only weighs 13kg more than 200 Duke , the 390 promises to be a proper, no-hold barred hooligan that will set the tone for affordable performance in the country when it launches.