Google India Pays A Tribute To ‘The Delhi Braveheart’ 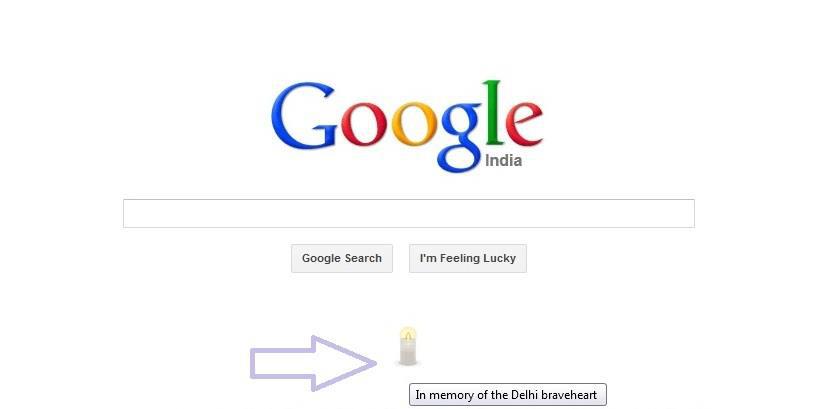 On the Internet, it can be difficult to show feelings of grief regarding senstitive topics, much less offer support to those grieving. Despite this, simple things stand out amidst the darkness.

Google has joined India in honoring the 23-year-old Delhi gang-rape victim whom most now call the Delhi braveheart after her death on December 29. The Indian version of the Google homepage now has a candle below the search bar, a silent offering of virtual light to remember her by.

The body of the gang-rape victim, who became the focus of countrywide protests and prayers, was cremated early Sunday soon after it was flown in from Singapore at 3.30 a.m. Since Saturday evening, a large number of people have assembled at various places in Delhi to offer their condolences.

The 23-year-old woman was brutally assaulted and gang-raped Dec 16 by six men in a moving bus in south Delhi before being thrown out of the vehicle. She battled for life — first in Safdarjung Hospital in New Delhi and then in a Singapore hospital — before dying of her injuries Dec 29.

Thousands of people poured out onto the streets Saturday to light candles; some lay on the roads with black bands across their mouths and others just marched. But all of them grieved, vowing that the girl would never be forgotten.