This is the Aston Martin CC100 Speedster Concept, and it was unveiled earlier this week at the Nordschliefe, ahead of the 24 Hours of Nürburgring. The V12 powered one-off car was designed by Aston Martin to celebrate the company’s centenary, and was piloted around the Nürburgring by Aston CEO Dr. Ulrich Bez. Racing royalty, Sir Stirling Moss drove the 1959 Aston Martin DBR1 alongside the CC100, acknowledging the designers who claim that the CC100 was inspired by the Le Mans winning 1959 racecars. Aston claims that the two-seat CC100 Speedster was created in under six months time. Powered by the British automaker’s well-known naturally aspirated 6.0-liter V12 and six-speed sequential manual paddleshift gearbox, 0-100 kmph should be dealt with in four seconds and it should go on to hit 290 kmph. But we all know that Aston Martins aren’t really about power and flappy paddle gearboxes. To reinforce our point, just look at it. A polar opposite of Lamborghini’s sharp and angular 50th year celebratory model, the Egoista, the CC100 is elegant, smooth and flowing. The long sloping hood, strong haunches, and even the side-view mirror stalks seem to have sacred proportions. The CC100 Speedster Concept isn’t the fastest or the most outrageous car in the world, what it is, is a throwback to the beautiful racecars of half a century ago. What it is most of all, is an Aston Martin. 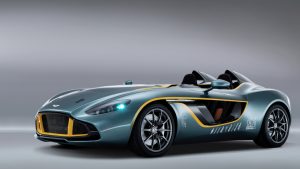 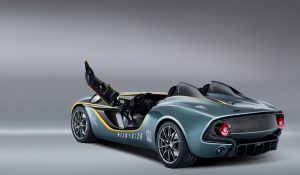 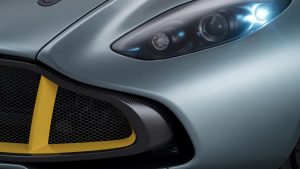 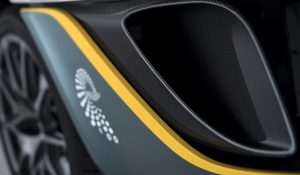