The Blackberry A10 is the next device in the company’s lineup of Blackberry 10 devices, and its not much of a secret. In the latest leak from Tinhte.vn, the smartphone is shown off in a hands-on video, which confirms that the A10 will have a large 2,800mAh battery and 5-inch HD AMOLED display not an LCD. 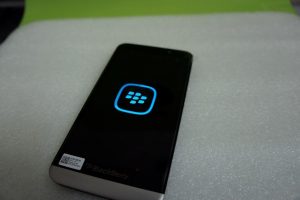 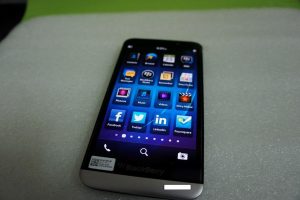 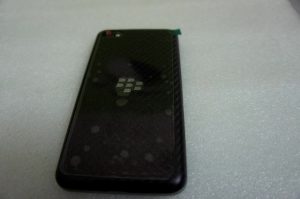 The Blackberry A10 is the next phone to be launched after the Q5 which has seen roaring demands unlike predictions from experts. The A10 is said to be the company’s next flagship with a  1.7GHz dual-core Snapdragon S4 processor, an 8-megapixel rear camera, a 2-megapixel front-facing camera, 16GB of internal storage, LTE connectivity, a 2,800 mAh battery, NFC, a microSD slot and BlackBerry 10.2.

The video below is in Vietnamese, so you can view it to get a glimpse of the device unless you know the language.

likethis
What's your reaction?
Awesome
0%
Epic
0%
Like
0%
I Want This
0%
Meh
0%
Posted In
Blackberry, Latest
Tags
leak
leak
About The Author