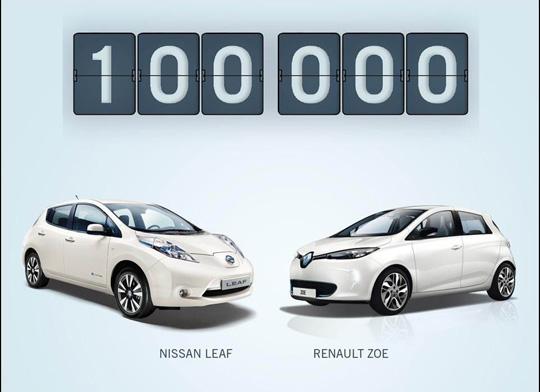 The age of the mainstream zero-emission vehicle is here. We expect demand to keep growing as the charging infrastructure develops – and we remain 100 percent committed to zero-emission technology for the long term.

Renault-Nissan has sold more zero-emission cars than all other automotive manufacturers put together. Electric cars sold by the French-Japanese alliance have driven approximately 841 million kilometers, enough to circle the earth more than 20,000 times, and they have produced no-emissions while doing so. Together, they have saved 53 million litres of oil and prevented emissions of 124 million kg of CO2.

Comparatively, Renault has sold 30,000 electric vehicles since late 2011, looking after other segments of the EV market with the Kangoo Z.E., Zoe, Twizy and Fluence Z.E.