by Preetish GumberAugust 8, 2013
0
Now Reading
The All New Honda Accord 2014
Browse This Page Honda is all set to launch its new car in the market next year, the new Honda Accord would be launched in the Hybrid variant and the company claims this new Accord is packed with significant new technologies that separate it from the rest.

So the question is what kind of powertrain delivers such phenomenal numbers? The Honda is powered by a 2.0-liter, ultra-efficient Atkinson cycle four-cylinder engine with two electric motors. One electric motor is fixed to the back of the engine and serves as a generator to charge the battery pack on engine overrun. A second electric motor that powers the vehicle is fixed to the differential that transfers power to the front wheels, and can also recharge the pack under regenerative braking.

The new Accord’s engine is mated to a six-speed CVT fitted to a totally new Sport Hybrid intelligent Multi-Mode Drive (i-MMD) generating 141 hp and 122 lb-ft of torque. Meanwhile, the newly developed two-electric-motor setup produces 166 hp (more powerful than any other hybrid) and 226 lb-ft, giving the combined system a total output of 196 hp. And with the latest lithium-ion battery technology powering those front wheels, the Accord Hybrid jumps from 0-60-mph in about 7.5 seconds. 2014 Honda Accord all new Engine 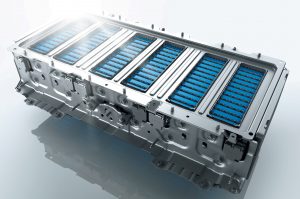 When the Accord Plug-In is first released, it will only be available in New York and California. “Two motors, Three ways to drive” is what Honda says for this car and is unique continuously variable transmission allows the Accord Plug-In’s powertrain to shift seamlessly among three driving modes, utilizing power from the i-VTEC® 4-cylinder engine and the electric motor.

EV Drive- An all-electric drive. EV Drive is active when you start from a stop, when you’re doing light cruising and acceleration, and when you’re braking. Starting from a stop stops the fuel supply, so Honda has kept the starts 100% electric.

Hybrid Drive- Electric and gas working together. Hybrid Drive is generally active when you’re accelerating and changing speeds regularly. The electric motor gets you going, and the gas engine gives you the burst you need on the road.

Engine Drive- Gas-powered cruising. A cruising vehicle’s gas engine consumes a lot less fuel than it does when starting or accelerating. That’s why highway mpg is generally higher than city mpg. So when you cruise, your gas engine cruises efficiently.

The suggested price for the new Honda Accord is said to be 39,780 USD, we’ll have to wait and see if and when this car comes to India.