A Sneak Peek into the Future of Tech

by Preetish GumberAugust 16, 2013
1
Now Reading
A Sneak Peek into the Future of Tech
Browse This Page 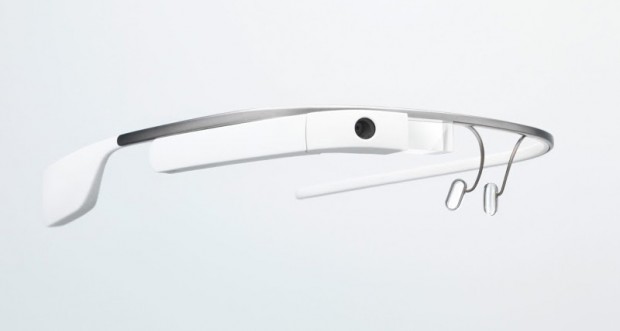 Google glass is a great step in technology. What is the Google Glass ?

Google Glass is a wearable computer with an optical head-mounted display (OHMD) that has been developed by Google in the Project Glass research and development project, with a mission;  Production of a mass-market ubiquitous computer. Google Glass displays information in a smartphone-like hands-free format, that can interact with the Internet via natural language voice commands

As per Google, Glass is fairly simple to use, for taking an image one just has to say take a picture and its all done, you can record everything hands free, even share what you see – Live! get directions right in front of you, just speak to send a message, ask anything that’s on your mind, translate your voice, get few answers without even asking. The structure for the Google Glass is strong and light with an Evolutionary design. The colors it will be available in Charcoal, Tangerine, Shale, Cotton, Sky.

All this features would be of better understanding after you watch this:

We will have to see if Glass would live up to our expectation as Rumored Google is getting these available from next year just for $299. But, will Glass be able to maintain its position in the market because if we look at the technology it is growing, so the day is not far when we might have the same technology on our goggles or in the lenses we wear.

The Oculus Rift is an upcoming virtual reality head-mounted display developed by Oculus VR, who have raised $16 million, of which $2.4 million was raised with crowfunding via Kickstarter. The company, founded by Palmer Luckey and the co-founders of Scale form and id Software, John Carmack was later hired as its Chief Technology Officer.

The Oculus Rift is a next-generation virtual reality headset designed for immersive gaming. The test kits are in the process of being shipped out, are you getting your own Oculus Rift development kit? For more information and to see how this works watch the video below.

If we talk about the technology in the future cars, the BMW i8 concept car is the best example we can quote as if now.

The BMW i8, first introduced as the BMW Concept Vision Efficient Dynamics, is a plug-in hybrid under development by BMW. The initial turbodiesel concept car unveiled at the 2009 Frankfurt Motor Show, and the BMW i8 gasoline-powered concept car destined for production unveiled at the 2011 Frankfurt Motor Show. The i8 concept has a 7.2 kWh lithium-ion battery pack which delivers an all-electric range of 35 km.

The Vision Efficient Dynamics concept car is a plug-in hybrid with a three cylinder turbo diesel engine. Additionally, there are two electric motors with 139 horsepower. It allows acceleration to 100 km/h in 4.8 seconds and an electronically limited top speed of 250 km/h.

According to BMW, the average fuel consumption in the EU test cycle (KV01) is 3.76 liters/100 kilometers and has a carbon dioxide emission rating of 99 grams per kilometer (1,3 l/100 km and 33g CO2/km ; EU-PHEV ECE-R101). The estimated all-electric range is 50 km, and the 24-liter diesel tank extends the total vehicle range to up to 700 km. The lightweight chassis made mainly from aluminium, windshield, top, doors and fenders are made from polycarbonate glass and the body has a drag coefficient of 0.22. These are just some that technologies that are upcoming, but as mentioned above the world of technology is ever-growing with ideas and resources. We can hope for a better and luxurious future.