Bharti Airtel is likely to launch 4G telecommunication services in the Delhi service area either in September or by end of this year.

The company claims that the 4G technology allows users to watch videos and download content on mobile devices much faster than third-generation(3G) networks. Airtel is already offering 4G in Kolkata, Bangalore, Pune and Chandigarh and now Delhi will be the 5th city.

As per TOI the company has collaborated with the Chinese equipment maker Huawei to build and operate the 4G network in Delhi.

We are planning to launch 4G services in Delhi by September and has selected Huawei for the network,” a company source said. 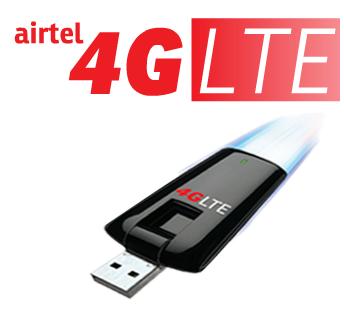 After Delhi, Airtel will launch 4G services in Mumbai and the company is in talks with players such as Huawei and ZTE for network. 4G mobile Internet technology provides download speeds of around 100 Megabits per second (Mbps) on the move and it can go up to 1 Gigabits per second (Gbps) at a fixed location.

Here is an image that shows the price of Airtel 4G in Chandigarh, we can now assume the price for the 4G services in Delhi: likethis
What's your reaction?
Awesome
0%
Epic
0%
Like
0%
I Want This
0%
Meh
0%
Posted In
Airtel, Latest
Tags
About The Author