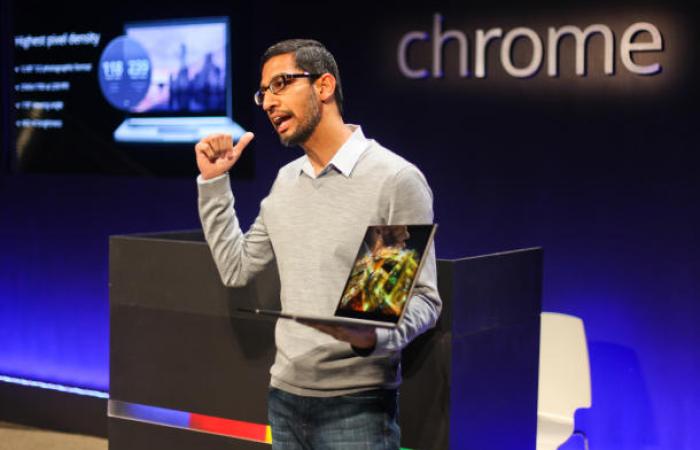 Google and Intel introduced three new Chromebooks and a Chromebox, each of them running Intel’s Haswell processors. This was announced on Wednesday at Intel Developer Forum keynote in San Francisco, as Intel VP Doug Fisher and Sundar Pichai, the head of Google’s Android and Chrome divisions, showed off the new hardware.

They revealed two new laptops from existing partners HP and Acer, a Chromebook from Toshiba and a Chromebox from Asus. These devices makes Asus and Toshiba’s first devices into Chrome OS hardware. Doug Fisher promised battery life improvements of up to 50 percent and performance jumps as high as 15 percent for Haswell Chrome devices over their previous generation chipsets.

There are customers telling us they are interested in new operating systems and in particular Chromebooks,” said Ron Coughlin, senior vice president and general manager, Consumer PCs, Services and Solutions, HP. “We built the HP Chromebook to offer a great experience, choice and affordability, with a design that is truly unique.”

The HP Chromebook 14 offers a fast and easy way for customers to connect to favorite websites in seconds. It also offers a gateway to the Google experience, including Google Chrome apps like Gmail, YouTube, Google Drive and Google+ Hangouts for users daily routine. Some time back Chrome was just a browser and nothing else. But if Chrome OS is going to grow up and truly take on Microsoft and Apple, it will need both better applications and good hardware.

The HP Chromebook14 is expected to be available in the US by end of the year, starting at $299.99.