The gamers paradise is sizzling with action. The E3 or the Electronic Entertainment Expo is the biggest Gaming conference. E3 2014 had some of the biggest names having their moment on the podium and a lots of games found their way to the spotlight. We bring you the latest releases from all of them. After the mega release of the Xbox One last year, Microsoft concentrated mostly on the games for their gaming console. The Games list from Microsoft stands at: 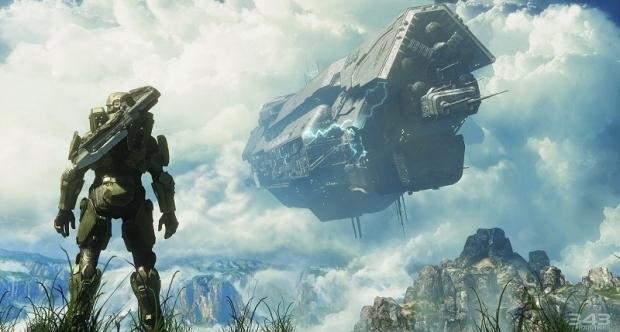 The Announcement of Halo masterclass got a lot of folks excited

The most welcome news from Microsoft’s stable was the Halo Masterchief Collection. This will hold all the previous Halo versions plus the beta versions of upcoming versions, i.e Halo Nightfall and Halo: Guardians. The Mega Giant of the gaming industry had some sweet surprises for the gaming enthusiasts. Some of these games were demo of future releases. It’s almost like a cool prototype you saw at an auto show and wanted to know when its coming out only to know that date don’t exist. Hopefully that won’t be the case with:

a)    Untitled first person racing games: This one will be for the Go-Pro inspired generations. Have you ever seen those epic videos that those puny little cameras have captured and thought to yourself “wish I could do that.” Well this game aims to do just that. It will let the users operate in first person a huge assortment of vehicles such as cars, ATVs, helicopters, planes, jet-skis and more.

b) Mass Effect 4 and other Bioware games

d) Mirror’s Edge 2: This was one of the most impressive and innovative games. The new version will show Faith (the lead) continue her intense badassery and take it to a new level. The parkour in this version will be more realistic and combat. This will be one of the games to look forward to.

Apart from this the usual sports games from the EA menu are also going to be released in their yearly release. This includes FIFA, Madden and NHL. Along with the Sims 4, the medival bonanza of pop culture will be celebrated with Dragon Age : Inquisition. A lot of Dhoom in Battlefield Hardline

If you are a fan of fast paced urban action games, then Battlefield: Hardline Demo is the game for you. It’s a crime thriller with cops and robbers Dhooming around town. Somehow the visuals reminded us of the terrible, over used Amir khan dialogues from Dhoom 3. The French gaming conglomerate had some impressive showcase this year. Heres the Ubisoft game list for the year:

This was a safe year for Ubisoft but their product line up was varied and will impress all kinds gaming pleasure seekers. They released the monster last year and now it’s time to feed it. After what must have been a long wait, the company showed off its games counter and it was truly impressive. It has a healthy mix of offerings for everyone this year. Here is what you can feast on this year on your PS4’s

One of the biggest announcements was that Grand Theft Auto will finally make it on the PS4 by this fall. By the end of July the PS4 version of The Last of Us: Remastered will be out.

Sony also showed off some free to play games such as Kingdom Under Fire II, Planetside 2 and War Thunder just to show that it cares.

The Japanese came with a plan when they unleashed their games with a kickass Robot Chicken inspired segments. Seth Green’s boys made some hilarious pieces with Nintendo characters that left the audience in splits.

Nintendo also had actual gameplay in the trailer making it a more authentic sell. They also had a good number of games for their handheld platforms Wii U and Ninendo 3DS.
Here is their Games list for 2014: Nintendo brought some extra fun in gaming with the Amiibos Apart from this Nintendo also released a action figure series called Amiibo. These figures have to ability to remember the user’s stats, fighting styles and character traits and can be used with the Wii U. There a lot of possibilities

The Major players have showcased their goodies for 2014 and we look forward to bringing you more in-depth Game reviews as soon as we get to lay our hands on them.

Happy Nagashetti
iGyaan Network's newbie Happy is a Technological Hedonist, Traveller, Photographer, Curious Humanoid and a giant foodie who is always pumped up for new adventures.
You Might Also Like
Games and GamingLatest
Read More