BlackBerry Z3 Launched : Is This Another Disappointment?

by Parul Ritvik SoodJune 25, 2014
9
Now Reading
BlackBerry Z3 Launched : Is This Another Disappointment?
Browse This Page As anticipated, the BlackBerry Z3 launched in India today. The large-screen smartphone has been priced at Rs.15,990. The smartphone will be available to pre-order from Flipkart, The Mobile Store, and BlackBerry stores from Wednesday, and it will officially go on sale from 2nd July . Blackberry is trying hard to get back into the business, but all of their strategies seems to be in vain. This phone might be the perfect example.

Specification-wise the Z3 runs on BlackBerry 10 OS (version 10.2.1) and features a 5-inch qHD (540×960 pixels) display offering an aspect ratio of 16:9. It is powered by a dual-core 1.2GHz Qualcomm Snapdragon 400 (MSM8230) processor with 1.5GB of RAM.  The device is powered by 2500mAh battery. This doesn’t excite us since you could find n-number of phones which have capabilities to deliver a better performance, in the same or lower price segment. 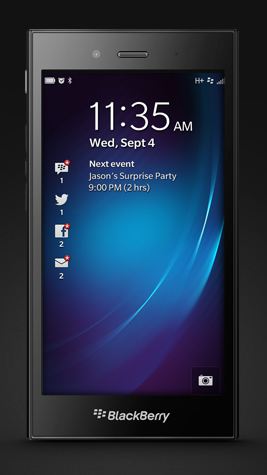 The smartphone includes 8GB of inbuilt storage, which can be expanded up to 32GB via microSD card. For a lower price you could invest in a Moto G which has an internal memory of 16GB.

The camera specs also fail to attract as the device is equipped with a 5-megapixel autofocus rear camera and  a 1.1-megapixel fixed-focus front-facing camera which can be found in a plethora of Smartphones in this segment.

The good bit about the phone is that Amazon has provided back-support to the company with its Appstore. Available on the new device, users can use it to download more than 200,000 apps. But then again the question arises, why wouldn’t a consumer just opt for an Android phone instead? Furthermore, loyalist have always enjoyed the BlackBerry Messenger and that too is now available on other devices.

Needless to say, the Canadian phone-maker failed to deliver a good gadget; its specifications fall short for the price it asks.

Parul Ritvik Sood
iGyaan Network's newbie, Parul is a Writer, Poet, Reader and Mass Communication Graduate with great interest in startups and entrepreneurship.
You Might Also Like
BlackberryiGyaanLatestTech
Read More