Sections
Top Around the Web
CompareComparing...
10563

by Happy NagashettiJuly 2, 2014
2
Now Reading
Death of Orkut and The End of The Previous Generation of Social Media
Browse This Page Google recently announced the shutting down of its Orkut service. After seeing a huge user base in Brazil and India, the social network just couldn’t keep up with the rapidly innovating competition. The social network service will officially shut down on September 30th. 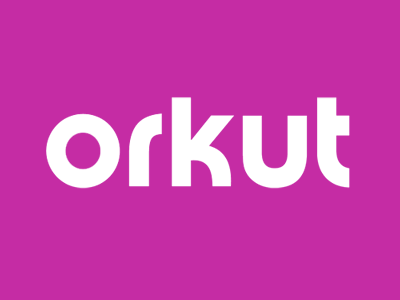 Google will close the curtains on Orkut on September 30th

Orkut was the first social network that I laid my hands on and even on a 56000 bps connection; it was pure fun. Back in 2005, this was a better medium of interaction with friends with whom we could spend every waking moment with. It was a more interactive service than the dull telephone call,even though it did take 15 minutes to post a single ‘scrap’ (equivalent to fb’s wall post) on a friend’s profile. It was more interactive than Yahoo or MSN messengers which were staples of all internet connected computers of that era. Uploading or even viewing a single image was a night long affair which would skyrocket the phone bill and hence was meant to be avoided.

Social media has come a long way from my first encounter with it. The giants, Facebook and Twitter, have made their mark and cleared their competition while increasing their user base exponentially. Now one out of every seven human being has a Facebook account, and there are about six hundred forty five million users of Twitter worldwide. If Facebook were a country, it would have been the third most populous country in the world. The social media evolution began in 2003 with the inception of Myspace. Myspace created the foundation on which thousands of startups tried their luck on and Facebook ultimately won the game. Myspace has since had a new owner in Justin Timberlake, who has reinvented it in a music heavy flair.

Even social broadcast mediums like Blogger faced intense competition from micro-blogging revolution which came with Twitter. It took social interactions to a whole new level. With almost first person interaction with the who’s who of the world, it somehow brought an egalitarian aspect to the society.

The news media has also seen a major shift in information dissemination with the advent of social media. Now you don’t have to go find the news, the news finds you. Almost all major newspapers and media houses have their social media pages, and there is a predatory race to who could gather the most reach and most subscribers.

Erik Qualman in Socialnomics states that “Social Media is the biggest shift since Industrial Revolution.” He says that the four P’s of Marketing; Product, Place, Price, Promotion are now replaced by the 4 C’s of Digital; Creating, Curating, Connecting, Culture. Within our social media profiles, it’s clearly evident that digital marketing is now a major priority for companies around the world. An economy of “likes” is taking shape. But this has also had some drawbacks. Because of the massive overload of information, the average human attention span is at seven seconds, in comparison, a Goldfish has 8 seconds of attention span. This is the reason why services like Instagram which are swift and efficient have been able to consolidate a faithful following. Apart from these, unscrupulous elements have found a whole new ecosystem to exploit naïve and unsuspecting victims. Fortunately lot many nations around the world have started talking about regulations for social media. These laws should be directed towards upholding freedom of speech while protecting privacy concerns to be efficient.

The death of Orkut does raise some questions on longevity of the social media ecosystems. The companies that have constantly read the user demands and have innovated with it have succeeded. It is this reason that we see Mark Zuckerberg signing up multi-billion dollar acquisitions. Mobile is where the game is to be played in the future and Whatsapp, Snapchat have fast become interaction medium between friends and acquaintances. Google can create a new revolution with its wearable technology.

For Google, which has struggled to offer a winsome social network experience, this is an opportunity to either start afresh or start anew. Google is at an advantage to take some risks right now considering it is the leader in the mobile OS business. Its hardware platforms like Android Wear, and Google Glass provide it an opportunity to experiment and innovate. In the era of portables and identical looking operating systems, the world is looking constantly looking for the next big thing. It is for the future to see if it emerges from a giant as the iPod did from Apple or from an unknown garage workshop like in the case of Facebook.

likethis
What's your reaction?
Awesome
0%
Epic
0%
Like
0%
I Want This
0%
Meh
0%
Posted In
Google, Latest, Social Media, Top Around the Web
Tags
social media
social media
About The Author

Happy Nagashetti
iGyaan Network's newbie Happy is a Technological Hedonist, Traveller, Photographer, Curious Humanoid and a giant foodie who is always pumped up for new adventures.
You Might Also Like
GoogleLatestSocial MediaTop Around the Web
Read More