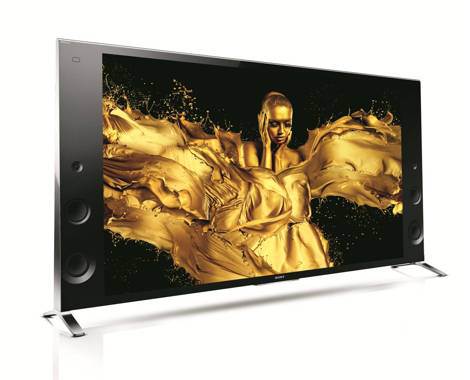 Japanese electronics giant Sony has announced new 4K televisions in three new series in India. The six new offerings from Sony come in screen sizes ranging from 49-inch to 85-inch within the price range of Rs. 1,74,900 to Rs. 7,04,900.

The company said that four of these 4K televisions are already available in the market while the other two will be available by the end of September. Sony claims that the new Bravia 4K TVs offer ‘excellent picture and audio quality, while featuring a bevy of new features will appeal to the discerning consumer’.

Sony has further stated that all six of the new Bravia 4K models offered by them will incorporate the powerful picture processing engine, 4K X-Reality PRO, which uses a combination of unique up-scaling and super resolution technology from Sony to offer any content in beautiful and stunning 4K resolution. All new models supports HDMI 2.0 which gives them the ability to display 4K/60p content. They are also equipped with a new decoder which supports HEVC and can playback 4K/60p content from Internet streaming services and USB playback. The TVs are also compatible with MHL 3.0, which supports 4K output from smartphones and tablets.

The company is also introducing a new feature called ‘One-Flick Entertainment,’  that allows viewers to quickly browse content across different sources at home. The added One-Flick Remote Control gives users ‘intuitive control’. Using simple swipes users can access both offline and online content. There is also an option of seeing content stored on NFC-enabled smartphones or tablets by touching those devices to the One-Flick Remote Control. However, pricing details of the remaining two 4K televisions will be revealed when they launch by the end of this month.

Parul Ritvik Sood
iGyaan Network's newbie, Parul is a Writer, Poet, Reader and Mass Communication Graduate with great interest in startups and entrepreneurship.
You Might Also Like
GadgetLatestSony
Read More