Exclusive : Moto 360 to Arrive in India in the First Week of October

by Happy NagashettiSeptember 17, 2014
3
Now Reading
Exclusive : Moto 360 to Arrive in India in the First Week of October
Browse This Page 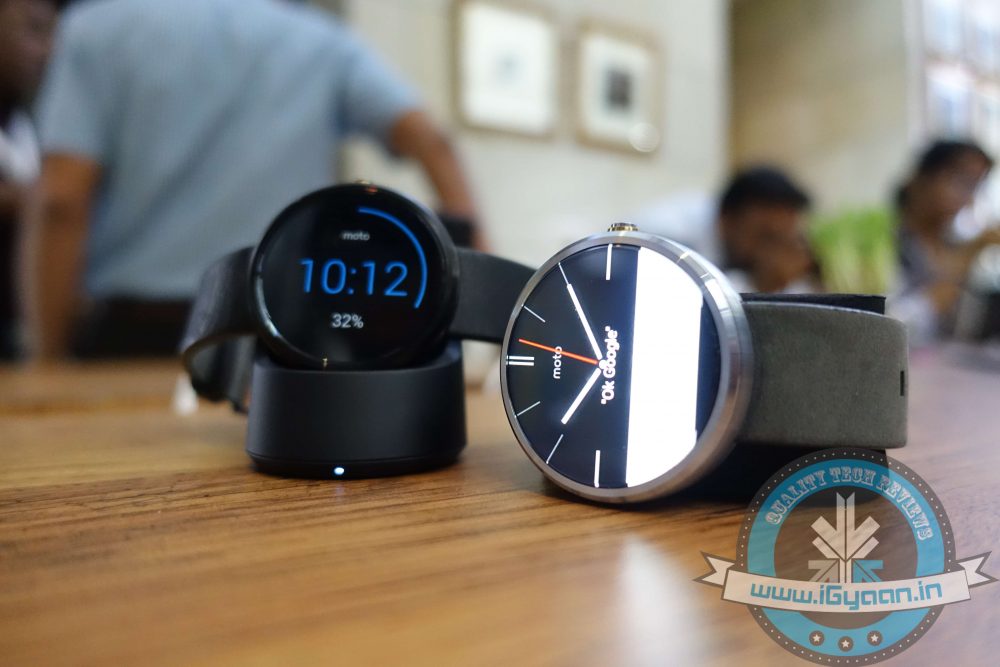 The Moto 360 has been one of the most-awaited wearables in the market. The Smartwatch was unveiled at the beginning of this month, and it was impressive in many aspects. Now sources close to iGyaan reveal that the Moto 360 will be available in India starting next month.

The base model of the device is expected to be launched in the first week. It is going to be priced at Rs. 17,999. A steel band variant will follow soon after this launch. It is expected to come with a price tag of Rs. 19,999. The Base model will arrive first and will be followed by a steel strap variant.

The Moto 360 provides some great watch faces and by being one of the two round devices. The other one being LG’s G watch R which is also expected to come later this year. The G watch R has a more authentic watch like feel, but it comes at an expensive price tag.

The main issue with the device is that even though it is shaped round, the Android Wear OS running on it is designed for rectangle devices. So round screen just end up cutting the corners of the content. Another issue with the 360 is the battery life. Motorola claims it lasts a day, but professional testing shows the Smartwatch losing power by the half day point. The wireless charger that comes with it is really cool, but the thing about wearables is that we don’t want to worry about their batteries. The battery woes might disappoint a lot of folks who have been waiting around for the device for a long while.

The Moto 360 still stands out as a unique device. It also comes from a company which has gained a lot of goodwill amongst the users. The 1st generation of the 360 does have some pretty visible flaws. Motorola had a lot of time on their hands to mend the issues. Hopefully, now that the flaws are apparent in the market, Motorola will fix them in their next versions or provide software tweaks to make the 360 better so that it stands true to the Moto Brand. We just have to wait and watch for this Smartwatch.

Happy Nagashetti
iGyaan Network's newbie Happy is a Technological Hedonist, Traveller, Photographer, Curious Humanoid and a giant foodie who is always pumped up for new adventures.
You Might Also Like
GadgetLatestMoto
Read More